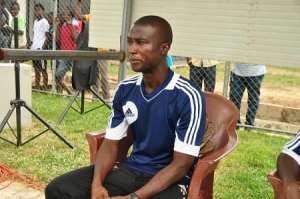 Asante Kotoko have confirmed the appointment of former defender Akakpo Patron as the assistant coach of the club.

The former WAFA assistant coach was reported to have been earmarked for the coaching job of the youth side of the club but the Porcupine Warriors have officially announced him as the assistant coach to Steve Polack.

"Asante Kotoko SC is delighted to announce the appointment of ex-player of the Fabulous Club, Raphael Akakpo Patron as the new assistant coach to Steve Polack.

"Akakpo penned a two-year contract with the FA Cup champions and is expected to assist Polack in achieving set targets for Kotoko," a club statement read.

The appointment of Akakpo means Godwin Ablordey will be relegated to his original position as the Team Manager of the club.

Insiders say other appointments will follow soon with former Black Stars and Kotoko skipper Abdul Razak 'Golden Boy' set to be named as the technical director of the Porcupine Warriors soon. 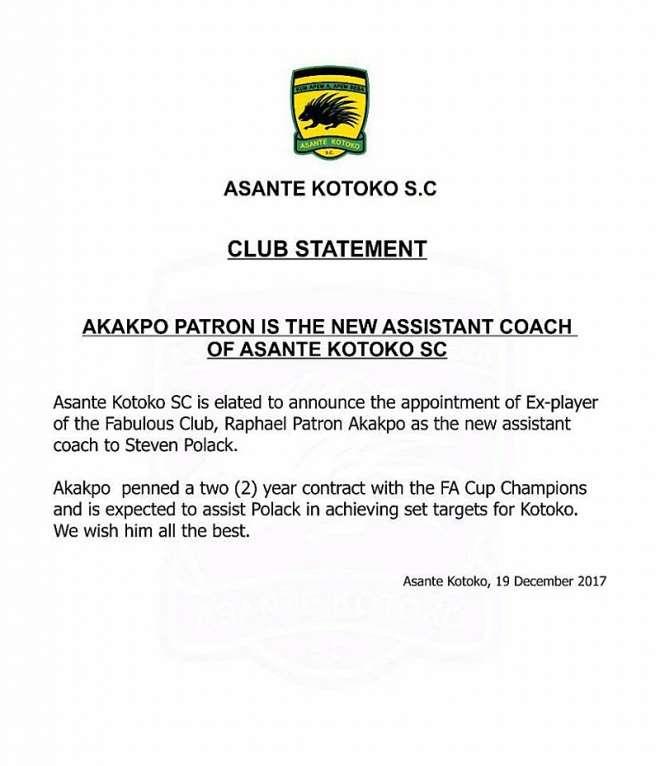