Chelsea Do Not Fear Barca Or PSG In Last 16 - Hazard 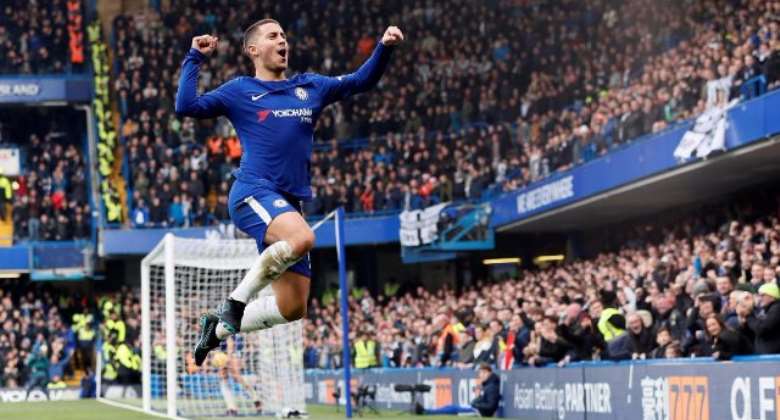 Eden Hazard says Chelsea do not fear facing Paris St Germain or Barcelona in the Champions League last 16 after his side were held to a draw by Atletico Madrid and missed out on the top spot in their group.

As it stands, Turkish side Besiktas are the only other possible opponents for the Blues in the knockout stages.

"It's not a problem who we get, we are Chelsea," said the attacker.

"We know PSG and Barcelona are very good but we are a top team too. We can do anything."

Chelsea had dominated against Atletico until the opening goal, with Alvaro Morata going close and Hazard almost weaving through the visiting defence.

But Saul Niguez escaped the attention of Tiemoue Bakayoko to plant home a header from Fernando Torres' near-post flick-on after 56 minutes.

Chelsea piled forward as time ebbed away, and Stefan Savic turned Eden Hazard's cross into his own net as the pressure told.

But, with Roma beating Qarabag in the Italian capital, Chelsea could not find the second goal and the victory needed to regain the lead in Group C.