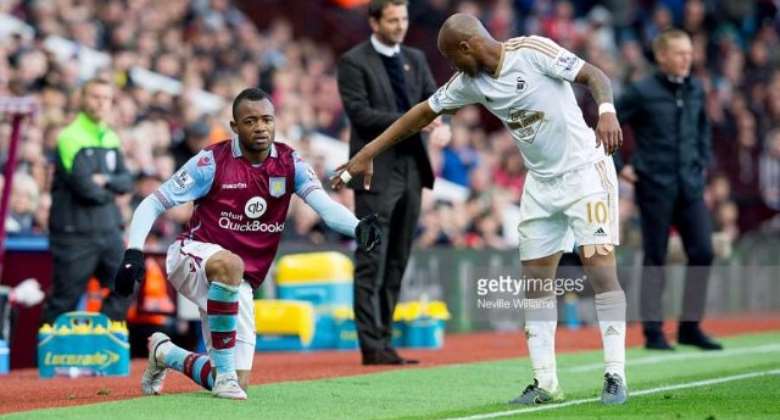 Former Sports Minister Nii Lantey Vanderpuaye believes Andre and Jordan Ayew still have a lot to offer the Black Stars and has urged head coach Kwasi Appiah to recall them into the team.

Andre and his younger brother Jordan despite their recent fine form at their clubs have missed the last two Black Stars call-ups.

They missed out on the team that faced Uganda and Saudi Arabia last month and were again not invited for the final World Cup qualifier against Egypt.

Many are of the view that the technical team headed by coach Appiah were not enthused with the Ayews following their decision not to travel with Black Stars for their World Cup qualifier against Congo two months ago.

West Ham United star Andre claimed he had suffered an injury after the first leg in Kumasi and withdrew while Jordan of Swansea City ejected himself from the squad after claiming he had food poisoning.

‘’That he has closed the doors to the Ayew brothers, I think that perception should also be worked on.

‘’Whether you like it or not I can tell you for a fact that those boys are good, they are very good.’’ the Member of Parliament told Joy Sports.

‘’Sometimes the way to play them and how to play them is the problem, but (you can never), I will never accept anybody who will convince me that somebody like Dede does not deserve to be in our team, he adds something to our team.

‘’Apart from his personal attributes, his tenacity in a game is very important. It inspires others, he fights. That is what we want.