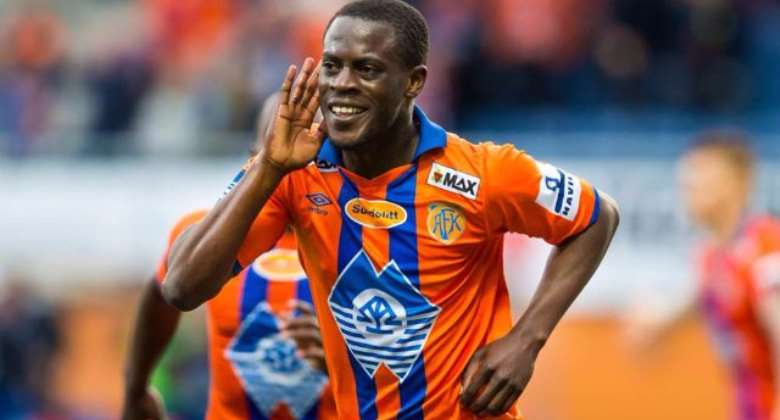 The Norway-based winger restored parity for the Black Stars, three minutes after the Pharaohs had taken the lead through Mahmoud Shikabla.

Gyasi shot from outside the area and it deflected off Ali Gabr into goalkeeper Ekramy's net.

The 26-year old was making his second appearance for the senior national team after debuting in September's 5-1 drubbing of Congo in Brazzaville.

''It's my first international goal in my second call-up for the Black Stars. It feels great. When I scored I saw my family jubilating, the whole crowd- it was amazing,'' Gyasi said in a post-match interview.

''We wanted to win the match, especially when you play home, but 1-1 is better than losing the game.

''I'm never happy after the match. I can always be better. I'm happy that I scored my first international goal, that's on top of my mind right now.

''I will analyse the match. My father does it for me all the time and then I will know that I reached my level.''

Bagbin fly to Dubai for medical review after budget rejectio...
34 minutes ago