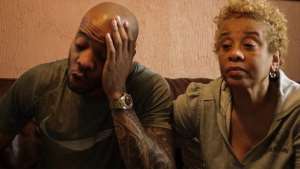 Former Black Stars striker, Junior Agogo, is recovering from a devastating stroke he suffered some two years ago.

The former Zamalek and Bristol Rovers striker suffered the stroke in January 2015, after retiring from football. Junior Agogo is now being taken care of by his mother.

In an interview with BBC for the first time after the stroke, Agogo in a BBC documentary published on Sunday said the stroke left him lacking confidence, and he feels socially isolated.

Junior Agogo (real name Manuel Agogo), is a Ghanaian striker who made 140 appearances for the Rovers.

He joined from then Conference side Barnet, for a fee of £110,000 with Giuliano Grazioli moving to Underhill as part of the deal.

Agogo was a member of the Black Star squad that participated in 2008 African Cup of Nations which was hosted by Ghana.

Click below for Mr Agogo speaking to the BBC: