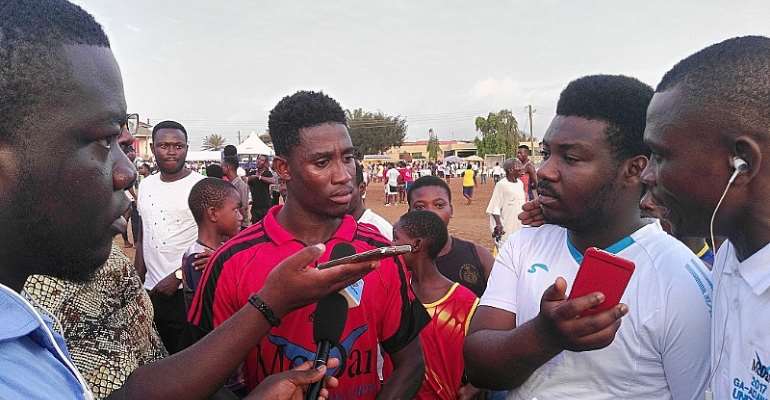 Maxwell Quaye made the news again with his two first half goals for La in a game that attracted a large crowd at the La Town Park.

With La being captained by hardworking local Black Stars skipper Isaac Twum, who won the MVP at the recent Fox WAFU Tournament, and other skillful rising stars, there was no way they were going to lose to Ada who paraded some third division players.

Isaac Twum told journalists after the match that such community sports initiatives can unearth stars and give opportunities. He commended Dr. Dan Mackorley for supporting the event as the people of Ghana love sports and appreciate peace, love and unity.

Dr. Mackorley who witnessed the game praised the organisers and the standard of play. He promised the people something wonderful in the near future. He urged the people of La to expect something big to boast sports promotion and development.

It would be recalled that last year, he promised to give the La community an astro turf sports facility.

Ayitey Dormon, chairman of the Unity Cup Planning Committee thanked the media for highlighting the tournament. He hinted that as the event heats up they will ensure good organization.

Ga Mashie will face Nungua in the next match as Teshie take on Prampram.

Tema will play Osu in the last preliminary round to determine who qualifies for the next stage of the competition.

The Semi Final will come off on November 20th, with the finals fixed for December 3 at the La Town Park.