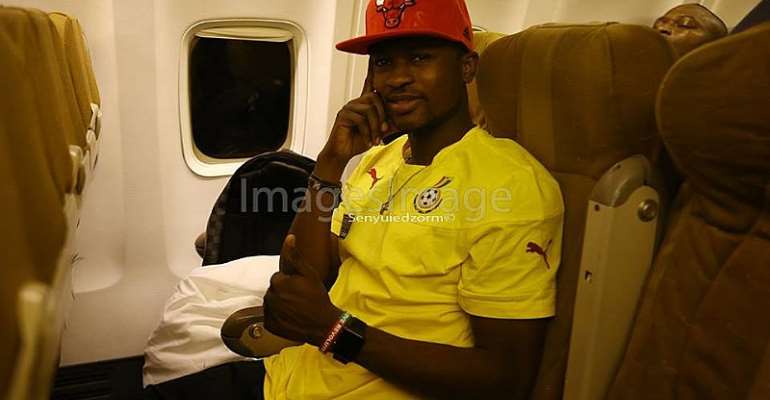 Black Stars striker, Patrick Twumasi is elated to make his debut for the team and ready to help the country to reach a better height.

The former Red Bull Academy man made his first appearance for the National team when he came on as a second-half substitute to replace Kingsley Sarfo in Ghana’s 0-0 draw with Uganda in the FIFA World Cup qualifier and the player did not disappoint the head coach.

Twumasi was sparkling during Ghana’s 3-0 drubbing over Saudi Arabia in an international friendly last Tuesday.

The 23-year-old tortured the Saudi Arabian defense with his incisive runs on the flanks and agile crosses which created lots of opportunities for the Black Stars in the game.

“I am really happy for this opportunity, I thank the Coaches for believing in me and giving me such an opportunity,” he told Starr FM in an interview.

“I thank all Ghanaians and I hope to get more of such opportunities to help the National team.

“I will do my possible best to push the team forward all the time.”

With his impressive performance in the game against Uganda and Saudi Arabia, the player remains in the plans of Black Stars Coach Kwesi Appiah who might hand him another call-up in next Month’s final World Cup qualifier against Egypt.