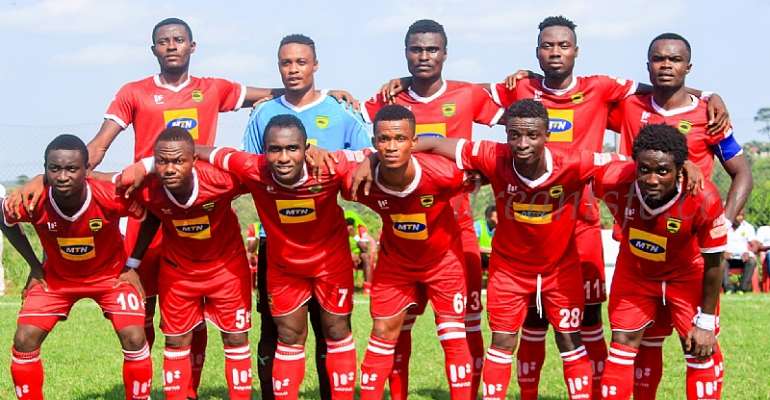 Managing Director of Dechris Co Limited, Christopher Demanya has promised the give players of Asante Kotoko bumper winning bonus if they beat Hearts of Oak in Sunday's Super clash at the Accra Sports Stadium.

Demanya, who is a staunch supporter of the Porcupine Warriors is known for his kind gesture towards the club where he done some so much for gthe playing body and management alike including the bonus of GHC 4,000 he gave the players after their 1-0 victory over Hearts of Oak in last season's league at the Accra Sports Stadium.

And also, reports from the club's camp before the commencement of the season suggest that he solely signed wing-wizard Ashittey Ollenu for the club.

Speaking on Happy FM ahead of the match, the astute businessman promised to repeat the gesture if the players can replicate the feat on Sunday.

'I have told the players to deliver on Sunday and I'm confident they can adequately execute the job but I will visit the team's camp before the match, and talk to them again,' Demanya said.

'I will make them aware that the whole of Ashanti Kingdom is in their hands in this duel hence they should deliver because there are so many players out there who will grasp the opportunity to don the Kotoko jersey, so if they have been given the chance, they should prove themselves on Sunday, and I Christopher will take on from there, they know what I can do.'