AFCON 2017: Goalkeeper Razak Brimah yet to concede a goal in five games at the Cup of Nations 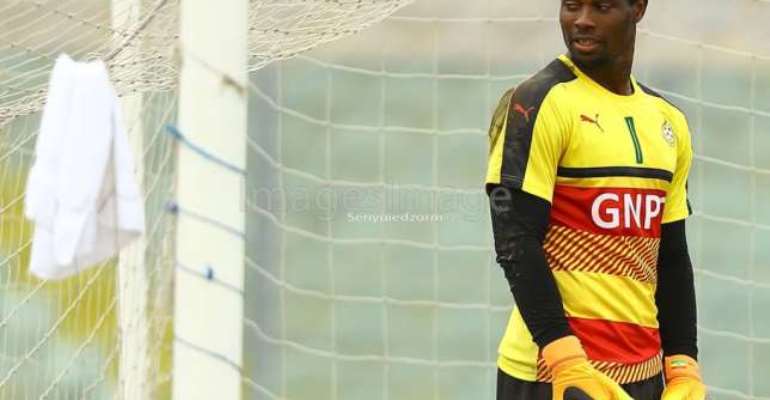 Ghana goalkeeper Razak Brimah is yet to concede a goal in 553 minutes of action for the Black Stars at the Africa Cup of Nations.

The Cordoba man made important saves at the Eagles of Mali over the weekend to ensure the Stars became only the second team to qualify for the last sixteen of the ongoing Cup of Nations.

Razak has often been criticized for his lack of no action but his numbers show that the goalkeeper is quietly going about his business in an effective and competitive way.

The Spain-based goalkeeper already has two clean sheets in the competition and only conceded when the Stars played against South Africa two years ago, even that he came on the 73rd minute.

VIDEO: Watch this spectacular save from Ghana goalkeeper Razak Brimah in Spain - 11 months ago