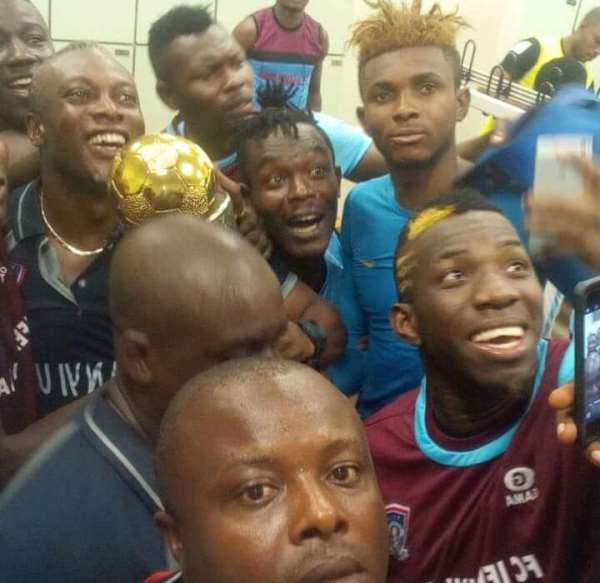 Acting head coach of Nigerian Premier League side Ifenyi Ubah, Yaw Preko hopes to be named the substantive head coach of the club after winning his first trophy in acting role.

Preko, who was a man down in the 60th minute managed to hold the League Champions for the entire duration of the game without conceding.

Following his plaudits, many have argued that he deserves the top position and Preko says he is hoping to be named the head coach soon.

'I was contracted as the assistant coach of the club and following the departure of Kenichi Yatsuhashi, I was asked to take over in an acting capacity,' Yaw told Accra-based Happy FM from his base in Nigeria.

'I am doing the job and I thank God that I have won my first trophy. I am hoping to be named the substantive head coach of the club if they think I should be named,' he added.

Yaw Preko resigned as the assistant coach of coachless Accra Hearts of Oak following agitations with the Strategy Management Committee of the club, with Yaw feeling he was not respected by the top hierarchy of the club.