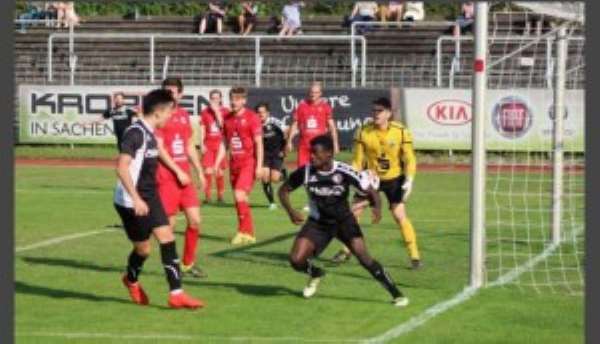 
Hugely talented Ghanaian teen striker Eugene Ofosu-Ayeh scored a superb goal for Erkenschwick in their 2-1 defeat at home to SV Lippstadt in the German lower division.

The highly-rated Ghanaian opened the scoring for the home with a low drive header before Stefan Parensen pulled parity in the 68th minute.

His young career has been largely influenced by that of his elder brother Philemon Ofosu-Ayeh who rose through the ranks in the German lower-tier and is now a full Ghana international.

Eugene will be hoping to follow in his brother's football steps and represent Ghana in his international career.