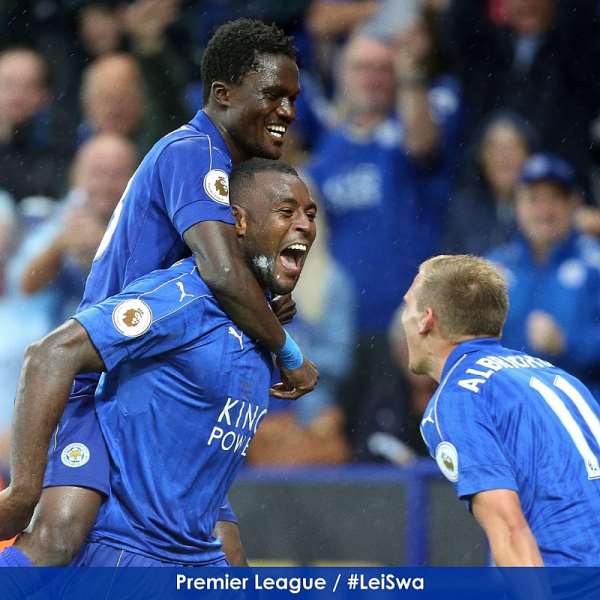 Leicester City defender Andy King has hailed the impact of Ghana ace Daniel Amartey for his show of steel in the Foxes midfield.

Amartey has been shifted from his lateral defensive role to fill the void created by N'Golo Kante's departure to Chelsea.

Amartey had earned praises and raving reviews for his performance in the defensive midfield role, providing a strong shield for the back-four.

King has praised the former FC Copenhagen star.
"Daniel has filled in with happiness. He is young, still learning and has great potential," said King.

"He (KantÃ©) chose to play football somewhere else. It is normal. It was hard to lose him because probably no one in the league plays like him.

"But it is up to the coach how to replace him," he added.

Amartey was dropped to the bench in Leicester's 4-2 loss to Chelsea in the English League Cup.