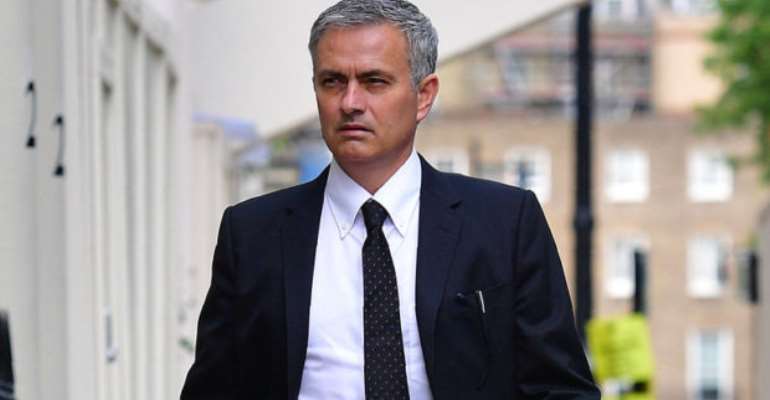 Manchester United’s players may be struggling under the pressure of playing for the 20-time English champions, says manager Jose Mourinho.

“Some individuals probably feel the pressure and responsibility too much,” said former Chelsea boss Mourinho.

“We started the season very well. But was I thinking that my team was ready, perfect, unbeatable? Not at all.”

He added: “I was completely aware that we were not perfect, with lots of players who are not end products and can make their own mistakes.”

Mourinho has lost three consecutive games in a season for the first time since February 2002, when he was Porto boss.

United won the Community Shield and their opening three league games under the former Real Madrid manager, who replaced Louis van Gaal in the summer.

But defeat by neighbours Manchester City at Old Trafford last weekend was followed by a disappointing Europa League loss at Feyenoord on Thursday.

Hornets substitute Juan Zuniga scored with seven minutes to go before Troy Deeney sealed the win with an injury-time penalty.

The defeat leaves United seventh in the table with nine points from five games.

‘Referee’s mistakes are punishing us’

Mourinho believes his team have fallen victim to a number of unfair refereeing decisions and felt they were harshly treated against Watford.

He thought Anthony Martial was fouled in the lead-up to Watford’s first goal.

Mourinho also claimed United were denied a penalty in the 2-1 derby defeat against City, while a Feyenoord player appeared to be offside in the build-up to their goal in last week’s 1-0 win in the Netherlands.

“The referee’s crucial mistakes are not in my control, there is nothing I can do about that,” said Mourinho. “That is not under my control.

“So we were punished by these mistakes and I can’t do anything about it.”