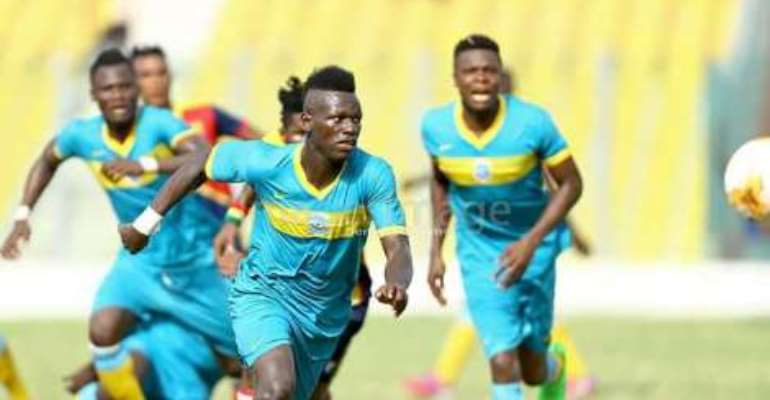 The Wa-based club chalked their maiden success in the domestic league since making their debut six years ago with a 2-1 win over Aduana Stars at the Wa Park on Wednesday.

Both sides headed to recess on equals terms courtesy of goals from Paul De Veries Asare and Bright Adjei, but a controversial second half penalty converted by Sadiq Alhassan earned the club gold, the first club in Northern Ghana to win the league.

And Rashid Pelpuo has promised to throw his weight behind the climb for bringing glory to the people. READ MORE: Results and scorers on Ghana Premier League match day 29

'This is a wonderful occasion for us, we are very happy" he began after game in an interview with Joy FM.

''You can see and hear all the enthusiasm, all about us. We are very happy and I'm impressed. I promise I'm going to personally show commitment to the team… What they've done is great. I have no words to describe our feeling," he said.

Wa All Stars won the league by virtue of superior head-to-head over Aduana Stars with a game to end the season.

Be strong — Isaac Adongo consoles Bawumia with a cow for mot...
21 minutes ago

One wife one man is not in the Bible, every man will marry 5...
43 minutes ago