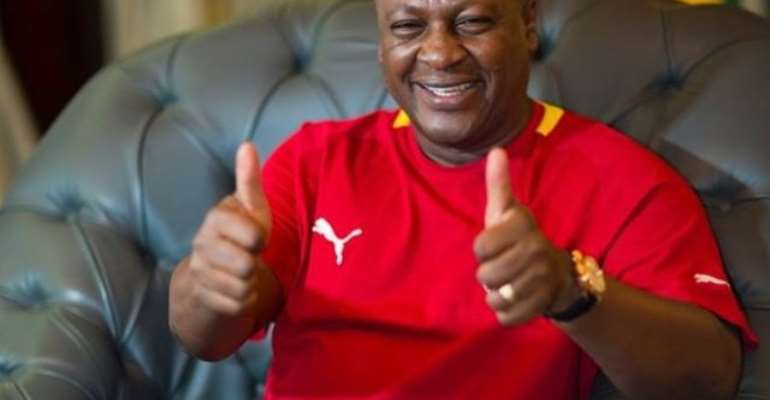 President of Ghana, His Excellency John Dramani Mahama has promised to build five new stadia if given the mandate for the second time.

The President is bidding for a second term as the nation prepare for the upcoming general elections in December.

The flagbarer of the ruling National Democratic Congress(NDC) in his manifesto launch revealed the party is keen on improving the current state of sports in the country by constructing five new ultramodern sports stadiums.

He noted that the facilities will be constructed at the Upper East, Upper West, Brong Ahofo, Volta and the Eastern regions.

The aforementioned regions cannot boast of a State-of-the-Art Stadium.

The President went on to reveal his plans to refurbish the Azuma Nelson Sports complex in Accra which has been deteriorated.

“We will refurbish the Azuma Nelson Sports complex, formerly Kaneshi Sports Complex. In addition, we will build five new stadia at the Upper East, Upper West, Brong Ahafo, Volta and the Eastern Regions,” The President hinted.

Ghana currently have five National stadia in Accra, Kumasi, Tamale, Takoradi and Cape Coast with the Accra, Takoradi and Tamale Stadiums in a poor state.