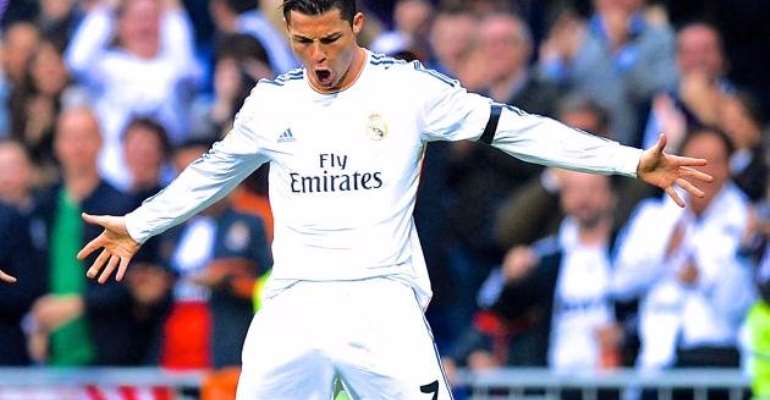 Cristiano Ronaldo took just five minutes to score on his return from a two-month injury layoff as Real Madrid continued their 100 percent start to the season with a 5-2 rout of Osasuna on Saturday.

Antoine Griezmann kick-started Atletico Madrid's La Liga campaign with two goals and an assist as a 4-0 hammering of Celta Vigo gave them a much-needed first win of the season.

Champions Barcelona will attempt to join Real at the top of the table on nine points at home to Alaves later.

Ronaldo was making his first appearance since limping off in tears during the Euro 2016 final, but was handed the perfect return on a plate by Gareth Bale as the Welshman squared for Ronaldo to tap into an unguarded net.

"I enjoyed like everyone else watching Cristiano back on the field," said Madrid boss Zinedine Zidane.

The three-time World Player of the Year was withdrawn just after the hour mark to a standing ovation to make way for Karim Benzema with one eye on Wednesday's clash with his first club, Sporting Lisbon, in the Champions League.

"I always want him in my side. He played an hour and we will see on Wednesday how much he plays," added Zidane.

"He was out for almost 60 days and now we have seven games in 21 days so we have to be careful."

Despite failing to hit top gear Real comfortably matched a club record of 15 straight La Liga wins as Danilo's low drive and a towering header from Sergio Ramos extended the lead before halftime at the Bernabeu.

Osasuna goalkeeper Nauzet Perez meekly turned Pepe's header into his own net for Real's fourth before Luka Modric's fiercely struck shot from outside the box made it 5-0.

However, Real's defensive deficiencies were exposed in the second half as Oriol Riera and David Garcia cut Osasuna's deficit, while Roberto Torres saw a penalty saved by Kiko Casilla.

GRIEZMANN AWAKENS
Earlier, Griezmann handed Atletico a welcome boost after being held by promoted Alaves and Leganes in their opening two league games.

Koke met Griezmann's fine cross eight minutes into the second half in Vigo to give the visitors the lead before Euro 2016's top scorer Griezmann headed home his first two goals of the season in the final 20 minutes.

Angel Correa added a fourth two minutes from time.
In an uncharacteristic outburst, Griezmann had claimed after the 0-0 stalemate at Leganes two weeks ago that Atletico would be "fighting against relegation" rather than challenging Barca and Madrid for the title if they did not improve fast.

However, he apologised for those comments after coming alive in the second period against Celta Vigo.

"We needed a game like this," Griezmann told BeIN Sports Spain.

"I apologise, I shouldn't have said what I did publicly. It was in the heat of the moment, but I am very happy with what we did as a team today.

"I am still getting back into my rhythm (after the Euros) and still have a way to go, but I am giving my all and I'm very happy to get the goals and the assist."

Las Palmas' 100 percent start to the campaign was ended in cruel fashion in a 2-1 defeat at Sevilla. Tana's fine first-half strike for the Canary Islanders was cancelled out by a dubious Pablo Sarabia penalty a minute from time before Carlos Fernandez bundled home a stoppage-time winner.

Villarreal secured their first victory of the season, winning 2-0 at Malaga thanks to first-half goals from Jaume Costa and Nicola Sansone.