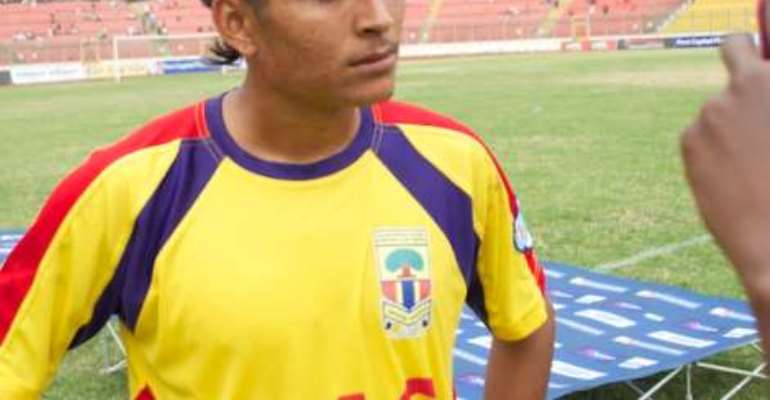 October joined the Tuks as a free agent after terminating his contract with the Phobians prior to the start of the 2016 Ghana Premier League. READ ALSO: Agyemang Badu happy with new contract at Udinese

"I am with Tuks now and everything is fine. I'm happy to be in the set-up here at Tuks," October told the Siya crew.

"There was a problem with my work permit and it was going to take a bit of time to get it sorted.'

October during his days at Hearts of Oak two seasons ago, he was one of the club's best players - scoring three goals in 17 appearances.