Albert Adomah: I couldn't sleep the night before I joined Aston Villa 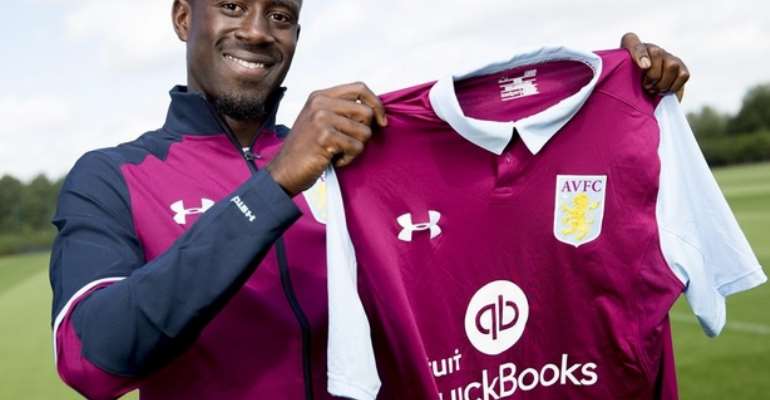 Ghana international winger Albert Adomah has revealed he was so delighted he couldn't get a wink the night before he completed his switch from Premier League side Middlesbrough to Championship club Aston Villa.

"I played against Villa in pre-season," Adomah told the club's website.

"Straight away when we walked in, I thought 'wow, Villa is a massive club.'

"It's one of the best pitches I've seen. It's like a carpet.

"I'm so very pleased to sign. I was like a child. I couldn't sleep the night before I joined.

"I'm so happy to be here. I met the gaffer and the chief executive. They speak highly of the project going forward which is to build a team and take the team forward."

Albert Adomah is targeting two promotions in as many years after expressing his delight at joining Aston Villa on deadline day.

The winger says he was struck by Villa a club when Boro visited his new employers for a pre-season friendly in the summer.