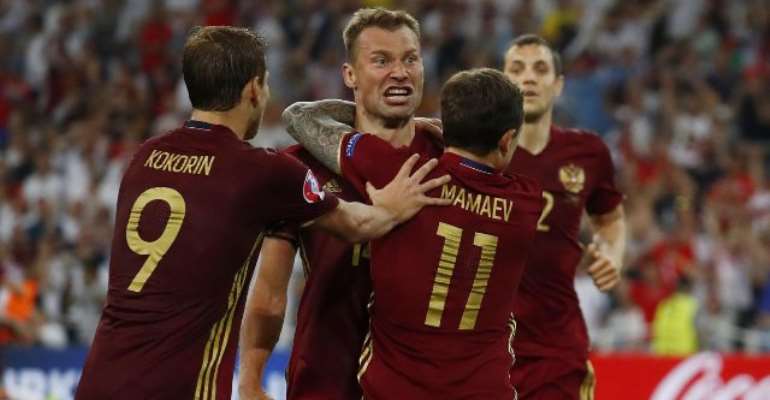 Russia’s Vasili Berezutski headed an injury-time equaliser to snatch a draw against England.

England were cruelly robbed of their first ever opening game victory at a European Championships as Russia snatched a stoppage-time goal to earn a 1-1 draw in Marseille.

The Three Lions bossed the contest from the off and had a series of good openings in the first half but went in at the break with nothing to show for it.

The vibrant display continued after the interval and they eventually got their reward when Eric Dier smashed a free kick into the corner with 17 minutes remaining.

It looked like Roy Hodgson's men would get the three points they deserved but they were made to pay for not making more of their dominance when Vasili Berezutski looped a header into the far corner deep into time added on.

There were some real positives for the Three Lions with Hodgson opting to play Wayne Rooney in a midfield role where he was largely successful alongside the impressive Dier and effervescent Dele Alli.

Russia rarely troubled Joe Hart and the main concern going forward will be that they caved under a small amount of late pressure and couldn't find the finish to compliment most of their fine approach play.

England will now meet Group B leaders Wales on Thursday at Stade Felix Bollaert-Delelis in Lens knowing they cannot afford to slip up.