FEATURE: Hon. Nii Lante must resign as the Sports Minister for lying to Ghanaians 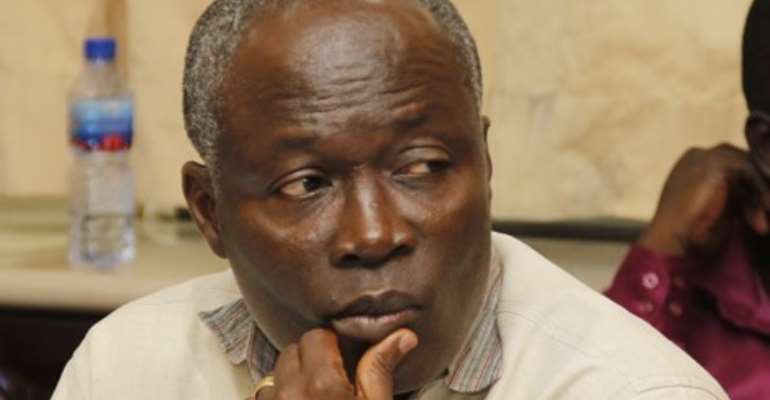 It saddens my heart that I have been compelled to write this piece on the occasion of your birthday but the tenets of my profession dictates that I respond to current pressing issues as and when they arise. Anyway, happy birthday Hon. Nii Lante Vanderpuye.

Earlier this week, Ghana's Sports Minister Hon. Nii Lante Vanderpuye said in an interview with Nhyira FM in Kumasi that he has received a petition from the Welfare Officer (Team Manager) and the Team Doctor of the Black Stars, Sabahn Quaye and Dr. Baba Adam, complaining bitterly that they were denied the Jeep Chirokees given to the team after their silver-medal winning feet at the 2015 Afcon in Equatorial Guinea.

According to the Sports Minister Hon. Nii Lante Vanderpuye, he will write officially to the Ghana FA and take the cars back for the two officers mentioned earlier if indeed those given did not deserve the cars.

Here is the transcribed interview;
Interviewer: Hon, we gather that the Black Stars Team Doctor and Welfare Officer have petitioned your office that they were denied the Jeep Chirokees given to the team in 2015. Is that true?

Sports Ministrer: Yes it is true.
Interviewer: So what are you doing about that?
Sports Minister: I first asked my deputy and he said the two were denied even though he thinks they are key members of the technical team.

So I am writing officially to the GFA to explain to me the circumstances which led to that.

After their explanation, I'll take the cars for the Welfare Officer and the Team Doctor if someone who doesn't deserve the car was given.

... end of interview.
Shockingly, the Welfare Officer of the Team Sylvester Nii Sabahn Quaye has thrashed the Minister's comments by saying that he (the minister) is a blatant liar daring him to publish the supposed letter if indeed he is truthful.

Interviewer: According to an interview on Nhyira FM in Kumasi, you and your team doctor have petitioned the Sports Minister that you were denied the Jeep Chirokees in 2015 and that he must fight for you to get what you deserve?

Sabahn Quaye: 'I am completely shocked at this news because I have not sent any petition. I called the team doctor upon hearing the news and he says he's not sent anything like that.

... I, therefore, call on the Sports Minister to attach the supposed petition we sent him to the letter he will be sending the FA for everyone to see.

It is a great lie from the Minister because we've sent no letter.

I am daring the Minister and his deputy to publish the supposed letter for all Ghanaians to see.'

After listening to the Team Manager, I felt sorry for the Sports industry. I felt bad for the Sports Minister as he has allowed himself to be dragged into mud. I warned earlier but he wouldn't listen.

Now that he has lied to Ghanaians, he must resign. This is my call.

Yes Hon. Nii Lante must resign because he has lied to Ghanaians.

He said on Nhyira FM that the Black Stars Team Manager and Doctor have petitioned him that they were not given the Jeep Chirokees and he is sending a letter to the FA to question why the two were not given.

But interestingly, the people he is fighting for, Sabahn Quaye and Dr. Baba Adam have denied all that he is saying.

How can a whole Minister lie to the entire country like that?

Must we trust him to the extent of entrusting a whole ministry into his hands?

What is this Minister looking for? Is he seeking to please the media?

I have warned earlier that it is this same media that will kill you but he wouldn't listen.

How at all must you say you have a letter when you don't?

Well he should publish it if he has it or respectfully eat the humble pie by resigning.

Sabahn Quaye has blasted him on Moontie FM that they have never petitioned him on anything.

What the Minister is saying is blatant lies. He must prove himself right, save his image and cajole Sabarn Quaye by producing the letter.

My investigations have revealed that the Team Doctor Dr. Baba Adam was given the Jeep so what is the Minister talking about?

He has been dared to produce the said letter of petition for the whole Ghana to see if he has balls as a man.

I am by this saying since he has lied to Ghanaians, he must do the honourable thing by resigning because respectful and honourable people don't lie.

A LIAR must not lead because he can't LEAD.