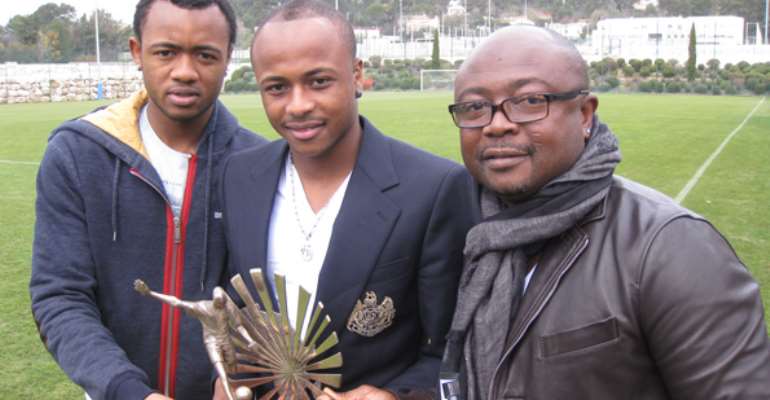 For the first time in the history of the Ayew Family, former Black Stars captain Abedi Pele will be facing his sons Andre Ayew and Jordan Ayew in a major football match.

The Maestro Abedi Pele will be on the bench as the coach of the World XI side that will take on Asante Kotoko and the Black Stars.

His two sons, Andre and Jordan who are set to star for the Black Stars will then face their dad as both will lead the attack for the 4-time Africa champions.

The Vodafone Unity Match is an initiative of Peace Ambassador Stephen Appiah to canvass for peace and unity among Ghanaians towards the 2016 general elections.

The initiative has received tremendous support from the National Peace Council as well as major stakeholders in the 2016 elections.