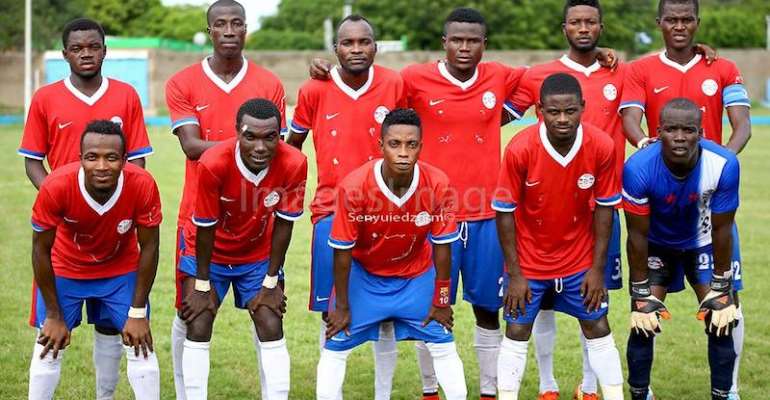 Liberty Professionals can end the first round of the Ghana Premier League at the summit if they a able to beat ailing Ebusua Dwarfs at home and other results go their way.

They edged past Hearts of Oak in the midweek at an empty Accra sports stadium last Wednesday.

Issah Mohammed Shaibu is expected to retain his position in the team after scoring the match winner against Hearts of Oak in midweek.

Ebusua Dwarfs bounced back to winning ways on Wednesday when they came from a goal down to beat in-form Aduana Stars astonishingly.

He was sent off against Sekondi Hasaacas last week.

Striker Joseph Esso is doubtful and might not travel with the team to Dansoman.

They are unbeaten in their last three.
(W5 D1 L2)
*Ebusua Dwarfs have won only three of their last last sixteen matches in the premier league.

(W3 D6 L7)
*Liberty Professionals have lost just one of their home games in the league this season.

(W0 D5 L12)
*Liberty Professionals have won four of their last six meetings with Ebusua Dwarfs in the premiership.

(W4 D0 L2)
*Ebusua Dwarfs have recorded only two wins at Liberty Professionals after seven trips in the premier league.

*Ebusua Dwarfs have kept only one clean sheet at away in the league this term after seven outings.