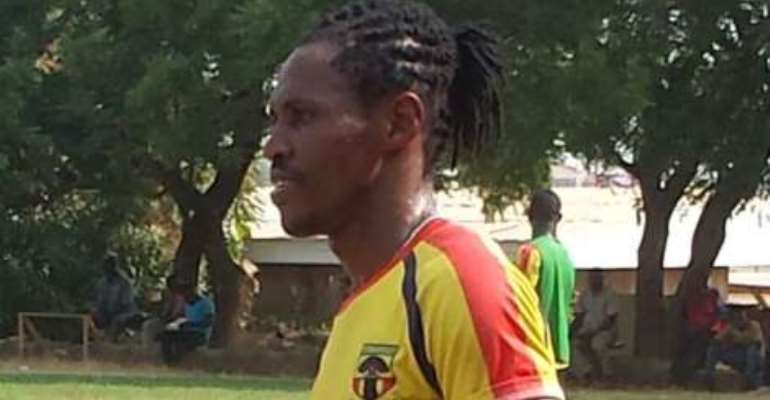 Hearts of Oak new capture, Mustapha Essuman is eyeing a league title triumph with his new side in the upcoming Ghana premier league billed to come off on 20 February, 2016.

The experienced midfielder joined Hearts of Oak on a two-year deal and he is currently becoming one of the club's best players ahead of the season.

Essuman's partnership with Sabbah Laryea in the heart of the Accra giants' midfield has been superb especially in the club's 2-0 win over Nigeria's Ifeanyi Ubah in an international club friendly played last Sunday.

The 28-year-old midfielder is eyeing a league title victory with the Accra giants who have gone trophyless in seven seasons.

'It is one of my aims. I want to win the League with Hearts of Oak,' he told the Ghana Sports Newspaper.

'Is been a while the Club win the League and the supporters want it this time around.

'But we need to work hard towards that. It doesn't come easy because every Club wants to win the trophy.'

'But personally is my target. Winning it with the Club will be one of my biggest achievement and I hope we are able to do that.'