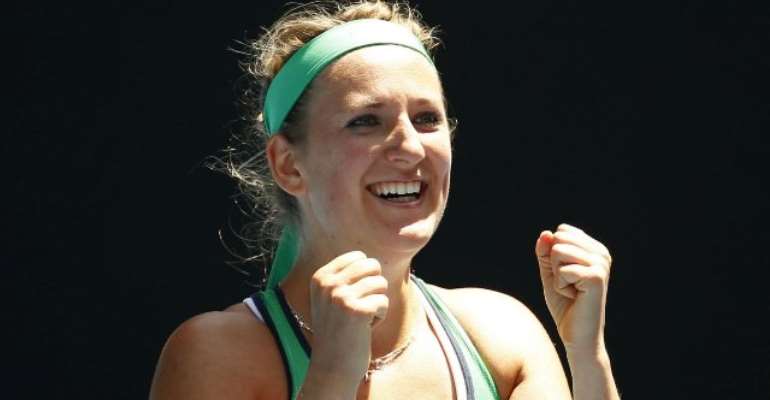 Azarenka cruises past Strycova
Victoria Azarenka bt Barbora Strycova 6-2 6-4 - Azarenka is always great at the Australian Open, and this year looks no different. The two-time winner in Melbourne thrashed Strycova, dominating on serve and playing solid from the baseline. Strycova couldn't keep up with Azarenka, making 32 unforced errors to the No. 4 seed's 14, and earning just two break points. Azarenka fought off both of Strycova's break point opportunities and won in just 82 minutes, setting herself up for a quarter-final clash against Angelique Kerber.

Kerber dominant in win over Beck
Angelique Kerber bt Annika Beck 6-4 6-0 - A trying first set turned into a laugher of a second set as Kerber made her way into the Australian Open last eight. It took the German an hour to get past Beck in the opening frame, as she struggled with her serve and committed 15 unforced errors. But Kerber did enough to take the set and rolled through the second set. She cut her unfroced errors by a shirt, had 15 winners and won 27 points to Beck's 11 in an exquisite display. This quarter-final berth marks the deepest Kerber has gone at the Australian Open.

Monfils into last eight for first time
Gael Monfils bt Andrey Kuznetsov 7-5 3-6 6-3 7-6 (4) - Monfils continued his strong play in Melbourne with another comfortable win. The Frenchman dropped a set for the first time all tournament, but was still very good and always on the front foot as he held off Kuznetsov. Monfils served wonderfully, facing just two break points all afternoon, and he was dependable from the baseline with just 32 unforced errors. That paled in comparison to Kuznetsov's 54 and proved to be the difference in the match. There will be some concern on Monfils' end as he took a spill during the contest and appeared to hurt his wrist. How it feels in the coming days will be worth watching, but it won't take the shine off his first visit to the Aussie quarter-finals.

Murray ousts Davis Cup team-mate Inglot in doubles
Jamie Murray/Bruno Soares bt Dominic Inglot/Robert Lindstedt 6-3 6-4 - Murray and Inglot were on the same side during last year's Davis Cup, teaming up in doubles to help Great Britain win the trophy. On Monday in Melbourne, they were on opposite sides of the net, though. Murray got the best of Inglot, as he and Soares broke once in each set and held serve throughout to book their place in the quarter-finals.