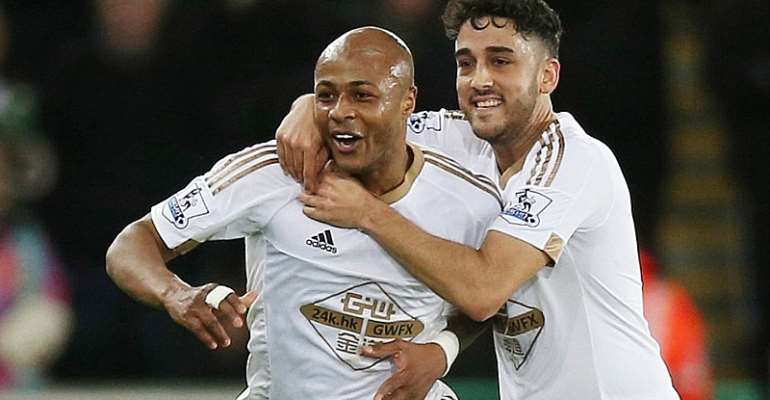 Ghana international Andre Ayew grabbed his seventh goal of the campaign for Swansea City but it was not enough as the Welsh side threw away a first-half lead to succumb to a 4-2 loss against Sunderland.

The Ghana deputy captain had won a penalty which was converted by Sigurdsson Gylfi in the 21st minute but his team-mate Naughton Kyle was sent off but Andre withstood to send the strugglers up.

Ayew latched onto a Lukasz Fabianski punt, took 2 players on and drills into the far corner to register his 7th league goal in 21 games.

His strike put Alan Curtis's side into a 2-1 lead going into the second-half but Andre the Black Cats returned from the break to score thrice through opening goal getter Jermain Defoe and former Chelsea starlet Patrick van Aanholt. 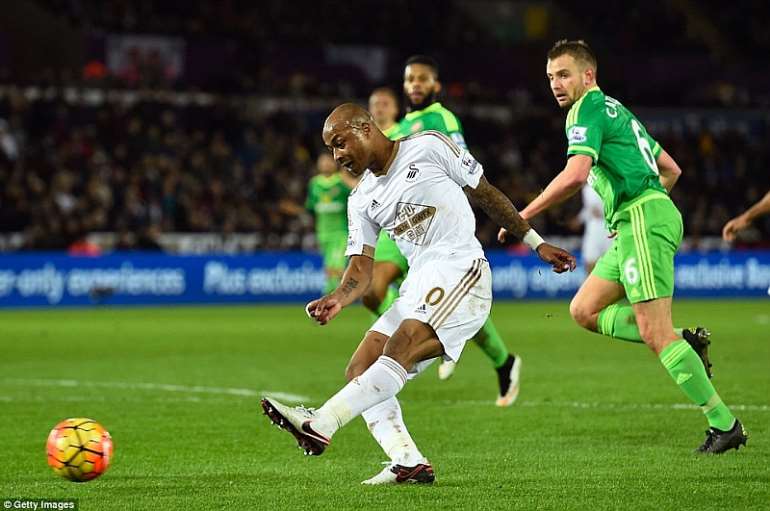 Ayew was replaced in the 93rd minute by Jack Cork.
By El Akyereko
Follow the writer on Twitter: @AkyerekOfficial

Place Rawlings on positive side of Ghana’s political history...
6 minutes ago