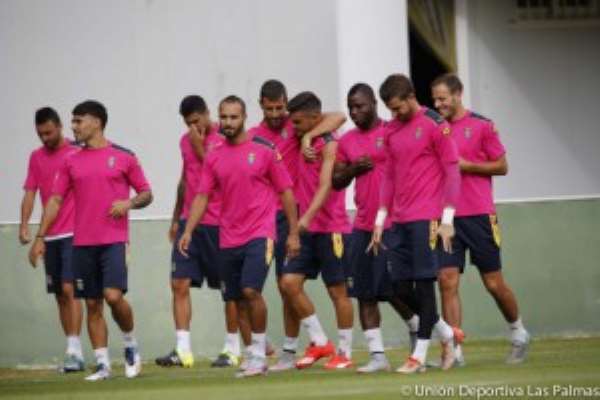 Ghana midfielder Mubarak has made a quicker-than -expected recovery from an injury to make Las Palmas squad for this week's double header against against Real Sociedad and Espanyol.

The Spanish side must first negotiate the return leg fixture of the Copa Del Rey clash against Sociedad on Wednesday before playing Espanyol  in a league match on Saturday.

Wakaso, 25, was expected to be out for three weeks after he sustained a muscle tear during a training session on November 28.

But the Ghana international has recovered ahead of scheduled after being named in the squad for a double header against Real Sociedad in the Copa Del Rey return leg as well as a league match against Espanyol on Saturday.

Las Palmas take a slender 2-1 advantage ahead of the return fixture at the Anoeta Arena.

The Ghanaian will could be in line for starting berth against Sociedad on Wednesday and will again fancy his chances against Espanyol in the Spanish top-flight on Saturday.

Wakaso is on loan from Russian side Rubin Kazan.