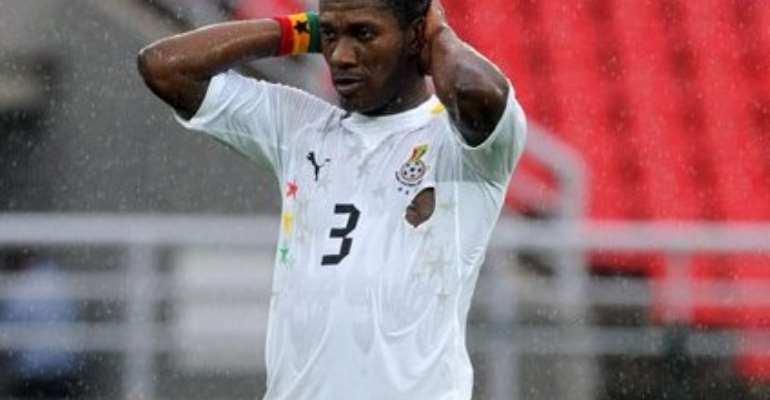 Ghana captain Asamoah Gyan has urged the national U-23 national team and the Black Stars to make the country proud at this year's All Africa games.

The Black Meteors are set to defend their title as reigning champions in the men's football competition while the the Black Queens will have another shot at winning gold.

Welcoming Ghana's football contigent to the Black Stars team hotel in Brazzaville, Gyan urged the teams to go for the ultimate in their respective competitions.

He specifically lauded the female national team for their qualification to the competition and called on them to prepare their minds for the challenges that will come their way in the competition.

The Black Stars skipper gave the Black Queens $10,000 to boost their morale ahead of the commencement of the games.

On their part, the Black Queens thanked Gyan gor his kind gesture and pledged to make the nation proud at this year's competition.

Ghana's football contigent who will begin their campaign this weekend were at the Black Stars team hotel in Congo on Wednesday to wish them well as they depart to Rwanda for their AFCON qualifier.

Coach Avram Grant's have been in Congo where they played their Congolese counterparts in a friendly on Tuesday.

Ghana won that game 3-2 courtesy Jordan Ayew's late goal and will hope to secure a win Saturday's match in Kigali.