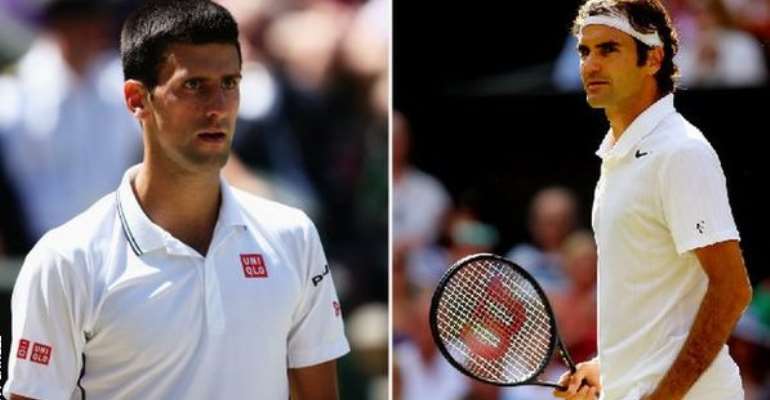 Top seed Novak Djokovic and defending champion Roger Federer advanced to the Western & Southern Open final in contrasting fashion on Saturday to set up a rematch of their title-deciding Wimbledon clash.

Djokovic, who needs a win on Sunday to become the first player to claim all nine ATP Masters titles, lost the first set but escaped a nervy second-set tiebreak in Cincinnati that took the wind out of his 66th-ranked opponent's sails.

In the tie-break, Djokovic was two points from defeat at 4-5 but dug deep and found a way to escape the jam, ultimately taking the set with a cross-court forehand winner.

Federer admits to some rust despite winning return: "(Djokovic) just plays more carefully on the big points. You have to beat him and go for the risk," said Dolgopolov.

"I really believed I could win and my game was enough to beat him. It was just the situation. You know, those few points decided everything."

Completing the set of ATP Masters titles will be no easy feat for Djokovic with six-times Cincinnati champion Federer standing in his way.