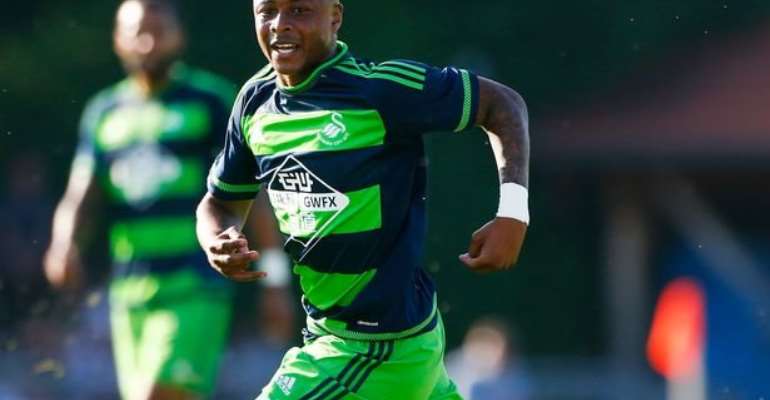 Benin international Rudy Gestede got the nod to lead Aston Villa's lines in their English Premier League game at Crystal Palace on Saturday, while rising Ghana star Jordan Ayew watched from the bench.

Villa lost the game 2-1 with Gestede playing all 90 minutes alongside Senegal midfielder Idrissa Gueye , while Villa's new Malian signing Adama Traore joined fray in the 69th minute without being able to save his team.

Villa's goal came courtesy of an own goal scored by another Senegal star Pape Souare .

Jordan, who joined Villa from French club FC Lorient this summer, started the first two games of the season ahead of a not fully fit Gestede.

Meanwhile Jordan's older brother Andre Ayew put in a full shift for Swansea City as they drew 1-1 at Sunderland. The 25-year-old attacking midfielder, who scored in the opening two games of the season, was looking to make it three goals in three games, but he was denied his chance by the woodwork in the second half after his bullet header had beaten the goalkeeper.

Fellow Black Stars teammates Christian Atsu and Kwesi Appiah of Bournemouth and Palace respectively did not make their sides' squads because of injuries.