Barreto’s absence is a cup half full 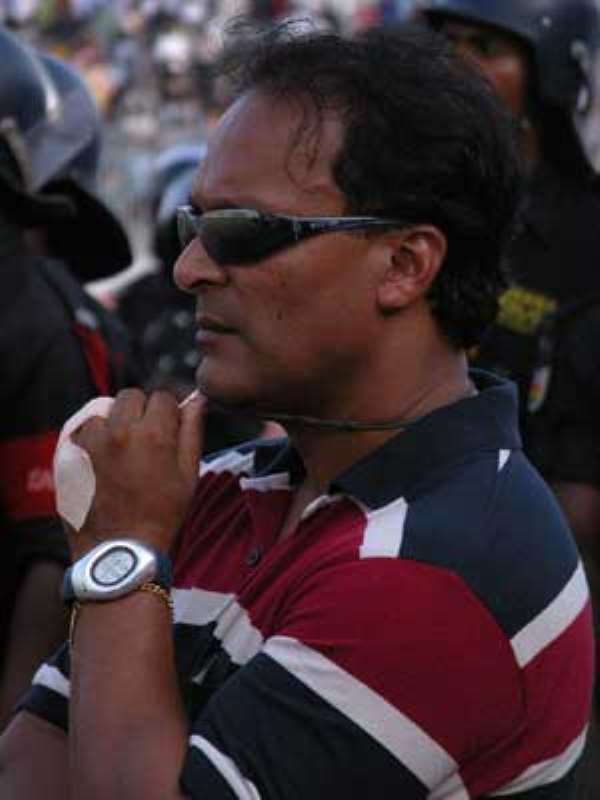 All hell broke lose (sort of) when for the third straight time in recent history a coach of the senior national team abandoned the nation at a time he was needed the most leaving soccer crazy Ghanaians livid and football administrators in a state of quandary.

By this outrageous act of infamy Portugal-born Mariano Barreto joins the growing list of coaches to have gone AWOL while on the job thereby resurrecting the not so fond memories left by the departure of our two previous coaches who left at a time their services were badly needed.

After guiding the Black Stars to the top of their world cup qualifying group and qualifying the Black Meteors to the Athens Summer Olympics Barreto did the inconceivable by abandoning the team after landing a contract to coach a precocious first division team in his native Portugal.

According to officials of Maritimo, Senor Barreto had already signed on the dotted lines to take over the coaching duties at the club even before the Olympic Games commenced.

Barreto confirmed this in an interview with the Graphic Sports later that week. In the said interview he made comments to the effect that he had notified (given advance notice about his intentions) officials at the GFA about his plans to leave the Black Stars for Maritimo. Surprisingly FA officials holding out perhaps to the fact that it had a strong, watertight contract with the Portuguese failed to attach any seriousness to his veiled threats until he left town.

After almost five months on the job the man who came to dinner on the wings of controversy following media reports that he allegedly spiced up his resume to impress his prospective employers left the dinner table under a hail of controversy. He came wrapped up in controversy and left with more controversy than he brought.

This in itself speaks to the integrity of the man whose association with Ghana Soccer has been a mixture of controversy and substance. Talk about an oxymoron. The truth is Barreto has brought back the spirit of the Black Stars and this is a very important development.

Ghana lies top of her group and for most of the players the sky is the limit. For the first time in a long while Ghanaians believe the Black Stars would qualify for the World Cup in Germany 2006 or at least possesses the goods to make it to the summit of global soccer.

What we need to do in the aftermath of this incident is to keep our eyes on the prize. We need to support Coach Arday and whoever is picked to handle the Black Stars on a permanent basis achieve our shared and collective dream of qualifying for the World Cup.

The vanishing act by senor Barreto has certainly jolted most Ghanaians but not our dream of making it to the World Cup. The way I see it, this is a case of the cup being half full than being half empty.

Unfortunately for Barreto he would not have the luxury of participating in this historic event. The reason would not be far-fetched because his hands would be full managing the fortunes of a relatively unknown Portuguese club side staging a premier presence in the European Champions League.