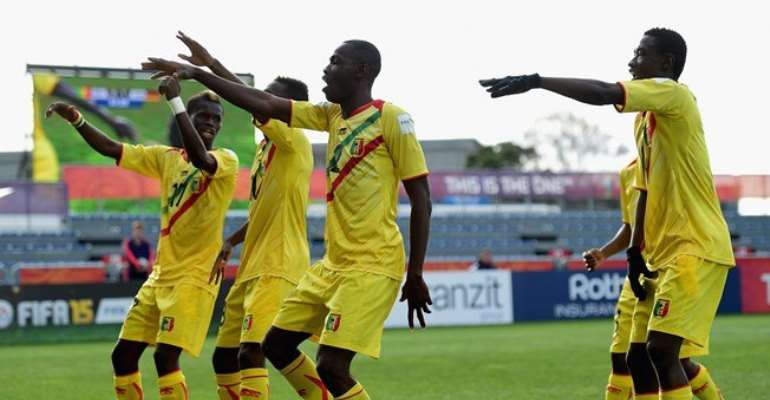 Mali and Senegal have made sure that African teams occupy half of the final four spots at the FIFA U-20 World Cup in New Zealand.

Mali defeated favourites Germany 4-3 in a penalty shootout, following 120 minutes that only produced a 1-1 tie.

Julian Brandt gave the Germans the opening goal in the 38th minute and Mali goalkeeper Djigui Diarra saved a penalty before Souleymane Coulibaly headed the Eagles level in the 58th minute.

The Africans, who beat Ghana 3-0 to get to this stage, are now on course to match their best result in the competition at least - when they finished with the bronze medal in 1999.

The Eaglets will now meet Serbia in the semi-finals on Wednesday.

A well-taken late second half goal by Mamadou Thiam decided the closely-fought contest at the Wellington Regional Stadium in Wellington, and set up a mouthwatering semi-final battle with five-time champions Brazil.

It has been an enthralling ride for the debuting Senegalese after their opening day 3-0 thrashing at the hands of Portugal - who they could have met again in the semi-finals had the Europeans not fallen to Brazil in another penalty shootout earlier in the day.

The Lion cubs drew 1-1 with Colombia in their second game before coming from behind to edge Qatar 2-1 in their final group game. They then outlasted Ukraine in a bruising quarter-final clash that was decided by a penalty shootout.

Elsewhere, Serbia and the United States traded 18 penalties before Serbia emerged 6-5 winner of a match which had been locked 0-0 after extra time.

And five-time champion Brazil was taken to penalties for the second match in a row before beating Portugal 3-1 following another 0-0 draw. Brazil will play Senegal in Wednesday's other semi.