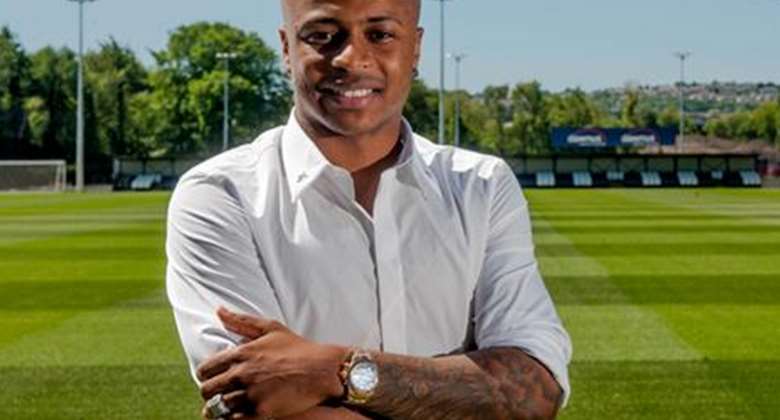 Ghana star Andre Ayew believes Swansea will help him grow as a player after rejecting a lot of offers from stellar European sides.

The 25-year-old was available on a free transfer after leaving French side Olympique Marseille at the end of the season.

He has penned a four-year deal which was announced by the club on Wednesday.

The Ghana international was a target for Premier League giants Arsenal, Liverpool and Newcastle.

Manchester United were believed to be interested.
But Ayew is confident he made the right decision.
'It was a very difficult decision to leave Marseille. I spent so many years there - I was in the youth team before breaking into the first team and stayed all of my life in Marseille,' he said.

'I spoke to Bafe, who really wanted me to come here. He told me about the club's record season and also about the team spirit, manager, training, the players and how everyone is united.

'Those are great things for me to hear. I know the squad will help me settle in and we will help each other to make Swansea a better team - that's what is important.

'The project that the club has for the future is very exciting, and when I spoke to the chairman and manager I felt this was the right place for me.

'I felt that my desire to play in the Premier League and wanting to grow as a player meant that Swansea was the best solution for me in every way.

'Seeing the honesty and desire of the club made me feel that they really wanted me to come. They have proved that in all ways.'