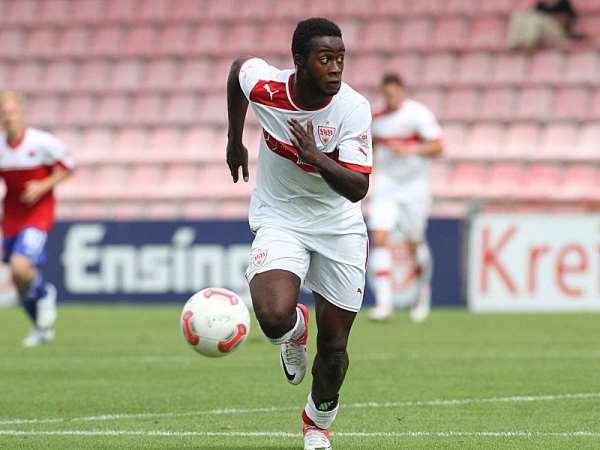 German-born Ghanaian youth midfielder Erich Berko scored the consolation goal for Stuttgart II who slipped to a 2-1 Stuttgarter Kickers in the German 3 Liga on Saturday.

The 20-year-old struck his first goal of the season for Stuttgart's Team B as they lost to their in a local derby at the GAZ?-Stadion auf der Waldau before 8100 home fans.

It was a tight game keenly contested by the rivals from the same town playing in the same competition.

Berko raced his side into the lead when he wonderfully struck the opener as early as the 3rd minute after he chanced up a ball following a goalmouth melee.

However Stuttagrt II could not guard the lead given them by Berko as the host won the tie 2-1.

Berko was born to Ghanaian parents in Germany but has not featured for the European giants at any level.