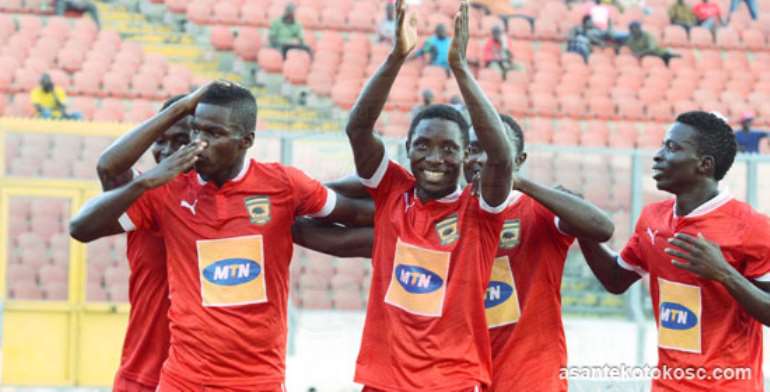 The Elite Cup return encounter between Asante Kotoko and Wassaman United has been brought forward to Sunday, 19 April instead of Wednesday, 22 April.

Wassaman United won the first leg 1-0 at the Dompim Park with a controversial second half penalty.

The second leg game was initially slated for next Wednesday but Kotoko's Accra Representative, Edmund Ackah told Asantekotokosc.com that, the game has been brought forward to this Sunday.

“They have a division one league game next Wednesday and becasue this particular match supersedes that of the division one, it has been moved to Sunday. It's no more going to be on Wednesday as initially advertised” said Ackah.

The Baba Yara Sports Stadium has lately proven to be too slippery for Kotoko and with Wassaman United winning the first leg by lone goal, the Porcupines need not be told that, nothing apart from a convincing win will secure them a place in the next stage of the competition.

The winner will join 15 other clubs for the next stage. According to the GFA's website, the 16 clubs “will be drawn into four groups of four teams each.

The clubs in each group will then play against each other on home and away basis. Three points shall be awarded for a win and one point for a drawn game”.