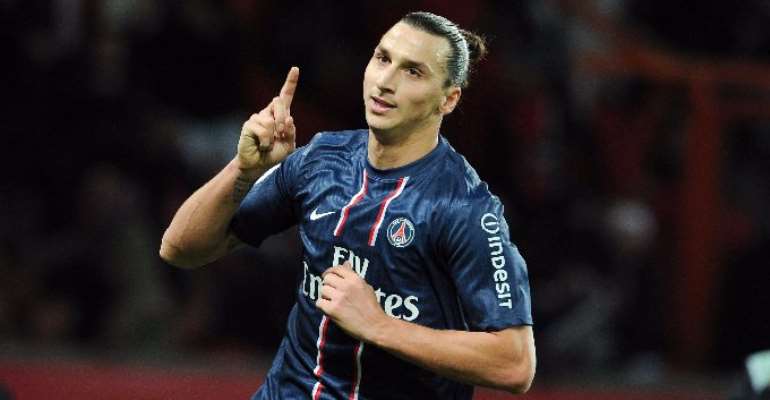 A Zlatan Ibrahimovic hat-trick fired Paris Saint-Germain to a 4-1 French Cup semifinal victory over Saint-Etienne at the Parc des Princes on Wednesday as their epic quest for a four-trophy sweep continued apace.

Ibrahimovic's opener from the penalty spot on the 21st minute was his 100th goal for the club, he then rounded the 'keeper on 81 for the second, and completed his hat-trick with a fine run and shot in injury-time.

But an injury-depleted Paris had to fight for long periods of this gutsy Cup tie as Saint-Etienne drew level with a Romain Hamouma header, going in 1-1 at halftime before an Ezequiel Lavezzi header put PSG back ahead on 60.

PSG now face second division Auxerre, who beat holders Guingamp 1-0 on Tuesday, in the Cup final at the Stade de France on May 30.

Paris also take on Bastia in the League Cup final at the same venue on Saturday, face Barcelona in Paris in the Champions League quarterfinals first-leg next Wednesday and they lead Ligue 1 by a single point from Lyon.

No French club has ever clinched the domestic treble.

On Tuesday second division Auxerre turned back the clock on past glories as they beat holders Guingamp 1-0. Relegated in 2012, Auxerre won a league and cup double under legendary coach Guy Roux in 1996 while also lifting the Cup in 1994, 2003 and 2005.