I am back to help improve New Edubiase- Whizkid Aseidu Attobrah 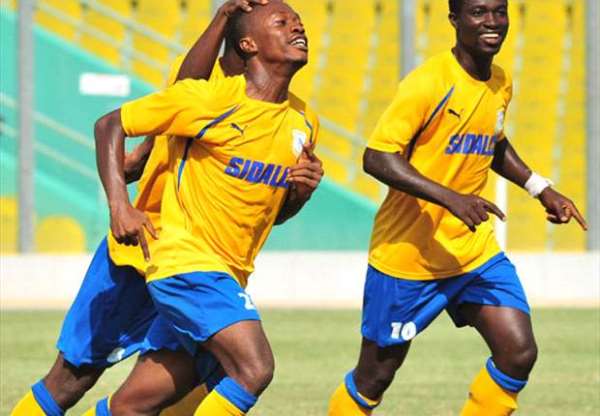 New Edubiase wonder kid Aseidu Attobrah says his attention has shifted to helping New Edubiase improve their stock this season after his exploits in the Africa Youth Championship.

The midfield schemer helped Ghana to a third place finish in Senegal in the just ended Africa Youth Championship.

Attobrah took the league by storm last season and was rated as the third best player only behind Augustin Okrah and Seidu Bancey.

With Edubiase sitting 10 th on the league log after eleven games Attobrah says he is looking forward to improving the lots of the club.

“Now my attention is shifted back to club football after our performance in Senegal,” Attobrah told Citi FM

“I am in camp as I am speaking to you and the attention now is to be able rediscover my form last season and move forward.”

“The league did not start early but that is gone we are all here to concentrate and help the team.”