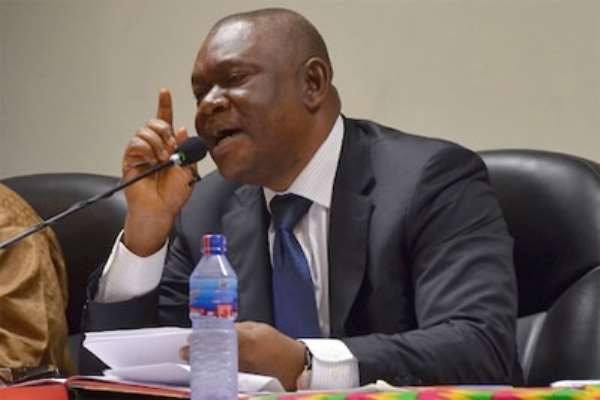 Presenting the report to the First Gentleman at the seat of government (the Flagstaff House) yesterday, Chairman of the Commission, Justice Senyo Dzamefe, said in plain words, 'We don't want it to gather dust.'

The President gave the three-member Quasi-Judicial Commission the assurance that he would ensure the report does not gather dust, but would uphold its recommendations as spelt out in the document.

Ghana's third streak World Cup appearance was hit by controversies involving player bonuses, player-official rancour, lack of proper documentation regarding the award of contracts to travel and tour operators, catering services and the airlifting of celebrities to the Mundial among others.

That, coupled with other factors, was believed to have accounted for the Black Stars' shambolic showing in the Brazil tourney, as they exited, for the time, at the group stage of the Mundial.

The international community subjected Ghana to public ridicule by beaming live the West Africans' airlifting of cash meant for the team's bonuses from the host city's airport through the team's hotel to the disbursement of the cash ($100,000) per player.

A few weeks after the soccer festival, President Mahama set up a Commission to probe what necessitated the 2010 World Cup quarter finalists' abysmal performance in Brazil.

The presentation of the dreaded report faced some delays which stoked controversy among the football populace.