'We Love To Fight' 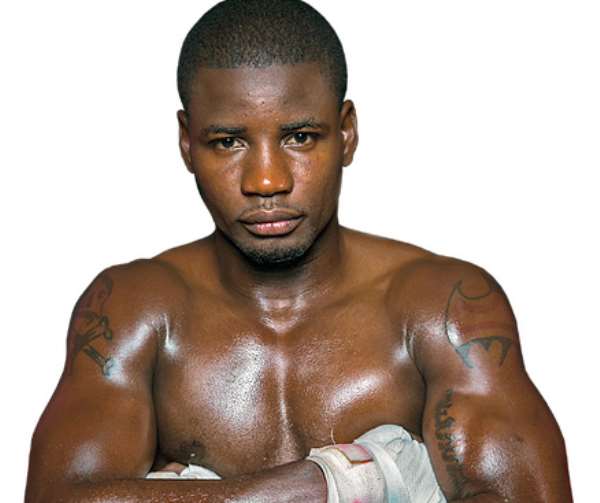 Sensational welterweight boxer Fredrick lawson has attributed the country's ability to produce quality boxers over the years to the simple reason that Ghanaians love combat.

His astuteness in and out of the ring undoubtedly makes him a potential world beater.

Currently pitching camp in the US, his training routine attracted an ESPN media practitioner, and after watching the young boxer for a while, he had no option but to draw closer.

And in an ESPN interview Lawson, also referred to as 'Okunka', responding to why Ghana has produced quality world champions like Azumah Nelson, Ike Quartey and Joshua Clottey, said, 'We love to fight, we love fighting. We love the sport and we do it with passion.

'I believe I have what it takes to win in this bout, I have prepared and I know nothing will stop me,' said Okunka.

The World Champion prospect will take on his Colombian opponent, Dreids Piescott, in a special edition of ESPN Friday night welterweight contest in Florida tonight.