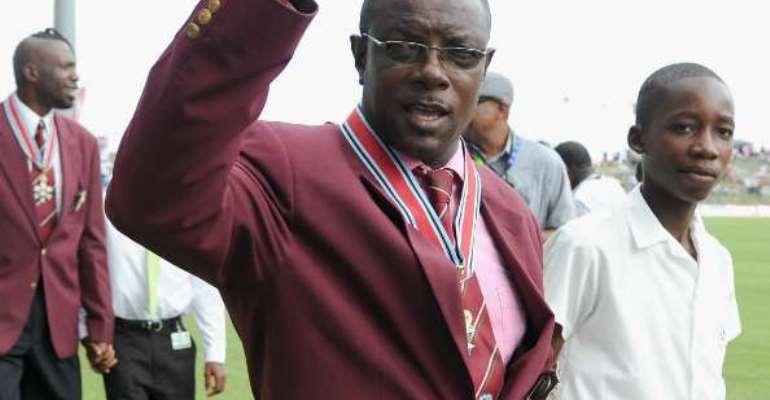 The WICB has been invoiced by the Board of Control for Cricket in India (BCCI) for $41.97million in compensation for the West Indies' withdrawal mid-series from their tour of India.

The shortened series, which featured only three contested one-day internationals and another no-result, was due to the tourists' clash with the West Indies Player Association (WIPA) over alleged misdirected payments.

The WICB also confirmed it has sent communication to the WIPA and is awaiting their response.

The result of the farcical end to the series has led to speculation of changes to the set-up, including reports each of the West Indies three captains Denesh Ramdin, Darren Sammy and Dwayne Bravo had been sacked, along with manager Richardson.

The WICB's latest statement only refuted the dismissal of Richardson and outlined hopes to reach a "mutually agreeable decision" in regards to the demand for compensation.

"The WICB wishes to make it explicitly clear that contrary to media reports, Sir Richie Richardson has not been removed as team manager of the West Indies team," a WICB statement read.

"Further the WICB confirms receipt of a letter from the BCCI.

"The WICB will continue to use its best endeavours to meet with the BCCI to discuss all relevant matters pertaining to the premature end to the tour of India.

"The WICB respects the decisions of the BCCI but continues to trust that discussions can result in a mutually agreeable resolution."

In regards to a possible resolution to the ongoing dispute between the players and the WIPA, the WICB also revealed that discussions had taken place with St Vincent and the Grenadines prime minister Ralph Gonsalves and the organisation's president Dave Cameron.