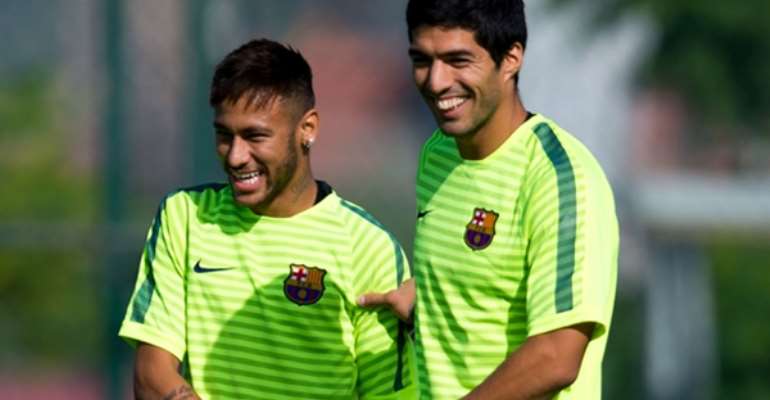 Barcelona  forward  Luis Suarez  has admitted that he found it "strange" that he was not nominated for this year's Ballon d'Or.

The 27-year-old was named PFA Players' Player of the Year for firing former club Liverpool to within a whisker of winning last season's Premier League title, after scoring 31 goals in 33 Premier League games - which also earned him the European Golden Shoe.

Suarez subsequently scored the winner for Uruguay in their triumph over England at World Cup 2014, but his tournament was brought to an abrupt end by a four-month suspension for biting Italy defender Giorgio Chiellini in his country's final group game in Brazil.

Many pundits believe that the ban was the reason why the gifted attacker did not feature on Fifa's 23-strong shortlist for the Ballon d'Or but Suarez is mystified by his omission.

"I was also the highest goalscorer of all of the European leagues.

"It's strange that that I'm not on the list, but I prefer to keep quiet before saying things because every time that I speak there could be a problem."

For now, though, Suarez is solely concentrating on settling at Barca, with the attacker having ended up on the losing side in his first two competitive outings for the Catalans.

He freely admits that he struggled on his debut - despite setting up a goal for Neymar in a 3-1 defeat at Real Madrid - but felt more at home in last weekend's 1-0 loss to Celta at Camp Nou.

“As time goes on you become more accustomed to your team-mates," Suarez explained. "I took time training with them.

"Obviously, though, some good things were done and bad things that we have to correct.”

Suarez will be hoping to break his Barca duck when Luis Enrique's men take on Champions League rivals Ajax at the Amsterdam ArenA on Wednesday.