Everton to swoop for Andre Ayew in January 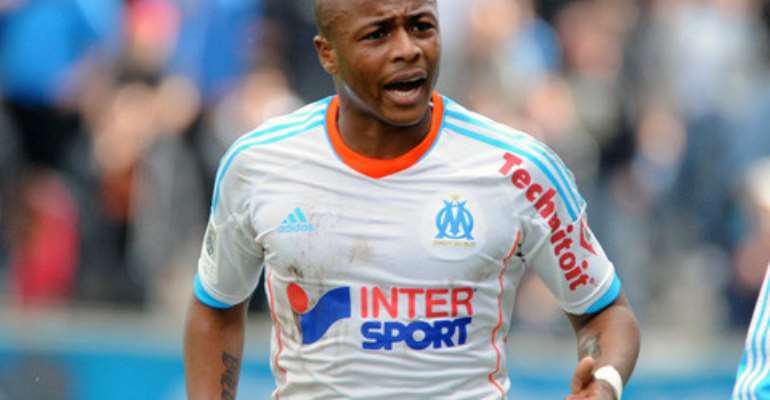 [caption id="attachment_272272" align="aligncenter" width="336"] Andre Ayew[/caption] Everton FC have are to swoop for former Liverpool target Ghana forward Andre Ayew in January. According to fresh reports, the Blues want to sign the 24-year-old, who is free to enter a pre-contract agreement with any club in January.Ayew will be one of the most attractive transfer targets as he is out of contract at Marseille next summer.The Ghana international has also rejected an offer to renew his contract with the French Ligue 1 leaders to further endear him to suitors.Ayew has featured in all ten of Marseille's league games so far this season and has helped lift the club to the top of the table, seven points clear of big spending PSG.Blues boss Roberto Martinez has revealed he will not dip in the transfer market in January for another centre-back following the 0-0 draw against Swansea.