Hearts of Oak unveil EIGHT new players for next season 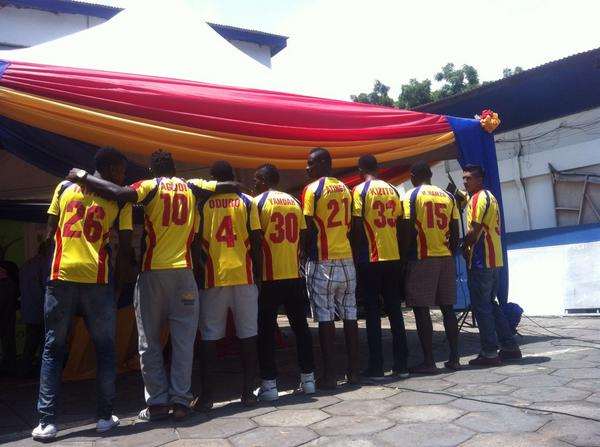 Ghanaian giants Hearts of Oak unveiled eight new signings for the 2014/2015 season to the media and fans at a ceremony on Wednesday.

Former Ebusua Dwarfs defender Atinga has joined the Rainbow Club on a three-year deal and marauding left back Oduro signed from Okwahu United on a similar deal.

Mohammed is a former Bolton Wanderers, New Edubiase and Wa All Stars player.

Kizito is a product from Nii Odartey Lamptey's GlowLamp Academy, are additions to the striking department of the team.

Other new signings Soulama Abdoulaye, who is on international duty with Burkina Faso, and goalkeeper Seidu Mutawakilu, was between the sticks for the Ghana U20 team which played Qatar in a friendly on Tuesday, were absent.