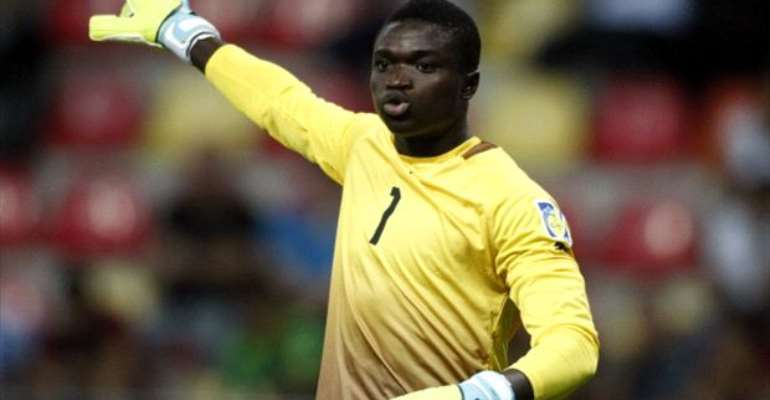 The Phobians have officially contacted Amidaus Professionals about signing the impressive shot-stopper and the relegated side are willing to allow the keeper move to Accra.

But, Hearts are yet to follow up with a bid, GHANAsoccernet.com can confirm.

A source close to Amidaus Professionals professionals has confirmed to Ghana's leading football portal Hearts have not contacted since last presenting a proposal.

“Hearts brought a letter calling for negotiations to start but they are yet to come up with any bid,” the source said.

“The player involved [Antwi] has always been interested in a move to Hearts and would want to go.”

The Phobians transfer scheme has not take shape yet though South African defender Mason October has been handed a two-year-contract.

Hearts' reluctance could mean they are returning for a yet-to-be named coach to take a decision on Tetteh Luggard, who is expected to leave the club.

While information from other quarters claims former Black Stars keeper Sammy Adjei is on his way back to Hearts and Aduana Stars keeper Stephen Adams is also in close contact with the Phobians.

Hearts have youngster Kingsley Kissi with their reserves side while first-choice Philemon McCarthy also missed the later end of last season with an injury.

The former African champions experienced major goalkeeping problems last season after Philemon McCarthy suffered an injury and third-choice Kissi had to be called to duty from the reserves side, which almost proved disastrous for their campaign.