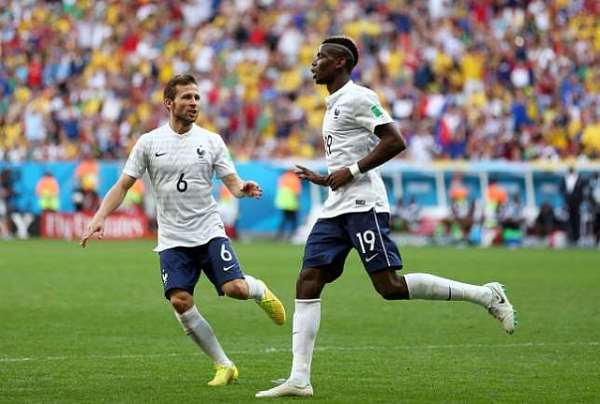 Didier Deschamps' side have been talked up as potential World-Cup winners after their impressive performances in Brazil.

Les Bleus struck twice in the last 11 minutes to see off African champions Nigeria in Monday's round of 16 encounter at Estadio Nacional.

Pogba scored the opening goal as France set up a mouthwatering quarter-final against Germany on Friday and the Juventus man revealed confidence is high in Deschamps' squad as he dreams of a showdown with hosts Brazil in the semi-finals.

The former Manchester United midfielder said: "We're France and we fear nobody.

"I'd like to play Brazil in the semi-finals. I saw the 1998 France vs Brazil final as a kid. It would be a great to play a repeat of that game and win again."

Brazil take on Colombia in the quarter-finals in Fortaleza on Friday.