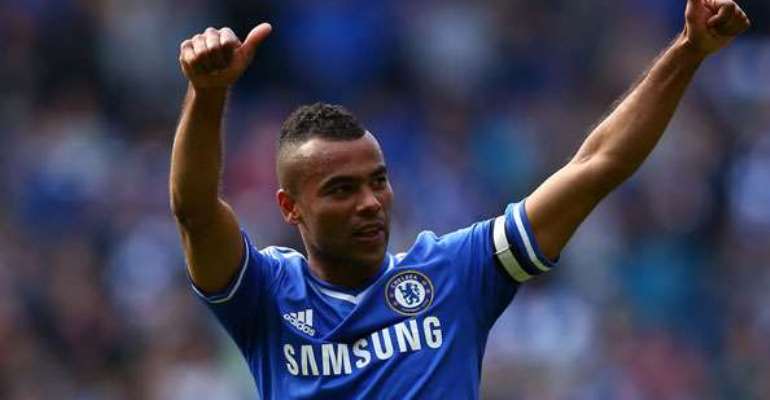 Former England left-back Cole is a free agent after his contract with the London club expired on Monday.

The 33-year-old's departs along with fellow stalwart Frank Lampard, who has been linked with a move to New York City and a temporary switch to Melbourne City.

And the London club paid tribute to the former Arsenal man on Tuesday.

Chelsea stated on their official website: "Chelsea Football Club today says goodbye to Ashley Cole, a player who contributed enormously to the highly successfully period in our history in which we were crowned champions of Europe and won the League and Cup double for the first time."

The statement continued: "Frequently referred to as the best left-back in the world during the peak years of his career, many of which were spent at Chelsea, Cole has a very strong claim to be this club's greatest player in his position of all time.

"Chelsea Football Club thanks Ashley for the fantastic service he gave throughout his eight years here, and for helping to bring so many trophies home. We wish him well for the future."