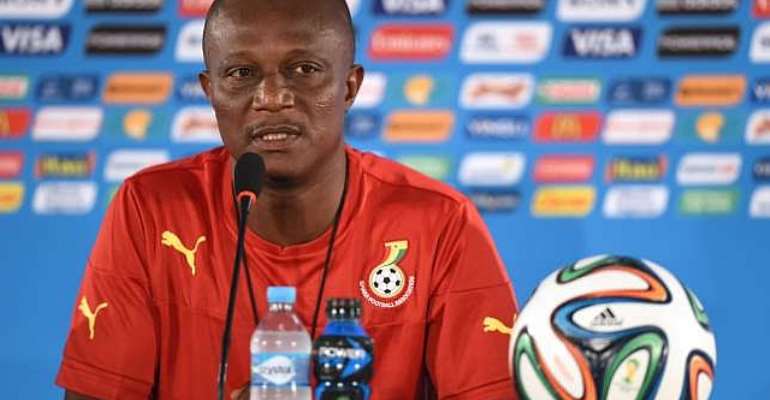 Over $3million in cash has been sent to Brazil by the country's government to pay their team's appearance fees at the FIFA World Cup.

Appiah's men face Portugal in Brasilia on Thursday and need a win to be any chance of advancing to the last 16 from Group G.

He denied the payment was a bonus or reward, saying it was just an appearance fee.

"It's not about being paid, rewarded for anything," Appiah said.

"It's to do with an appearance fee which, I think, every country pays their players. That is what it is about. It's not about any reward or bonus.

"What I can say about Ghanians, our mentality is somehow different. When it comes to wearing the national colour and needing to defend it.

"The issues of money, or other issues, don't come into it. That is how it has been for some years now. I know the mentality of the players, nothing would demoralise them."

As for where the players will keep the money, midfielder Christian Atsu said it would be safe.

"That is a difficult question for me. I think, of course we will keep it in our bags. We will keep the money in our bags," he said.