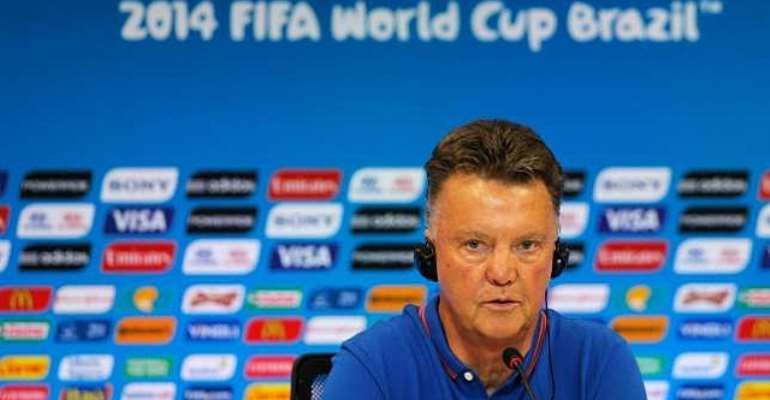 The Netherlands finished top of Group B in the FIFA World Cup after defeating Jorge Sampaoli's side 2-0 in Sao Paulo on Monday, with late goals from Leroy Fer and Memphis Depay proving the difference.

However, Van Gaal's men were much more cautious than they had been when beating Spain 5-1 and Australia 3-2 in their first two pool matches.

The Dutch coach was bullish in his appraisal of the match, and stated the approach taken was necessary to come out on top.

"You just have to play according to your strengths, it's all about winning. I'll pick a system that helps me win.

"This is proof of the pudding. We're not giving away very much, but we're creating a lot.

"If I didn't do that, you'd chop off my head. Me and my staff, we only ever want to score one goal more than the opponents."

Assessing the Netherlands' progress thus far, he added: "Nine points from three games, 10 goals for and three against, two unjustified penalties. No one expected this.

"The atmosphere in the group is fantastic. The players want to use the 5-3-2 system, they feel comfortable with it. That's extremely important."