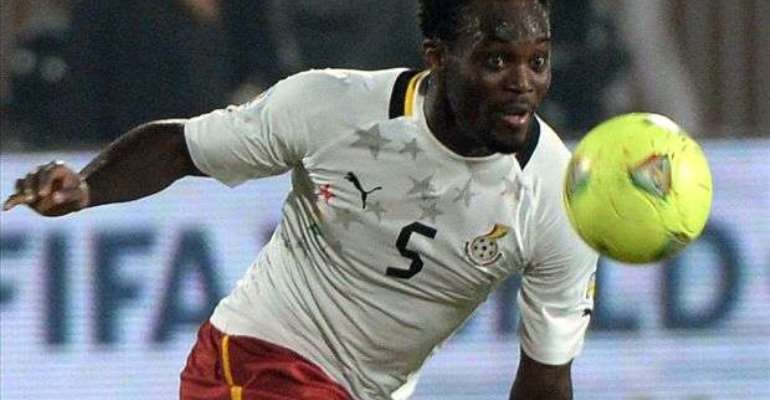 Michael Essien was the major absentee for the Black Stars in training on Wednesday morning in Maceio as the team continued their preparations for their second group game against Germany.

The AC Milan midfielder watched his colleagues from the touchline because of a toe injury but there is no suggestion at this stage that he will miss the game against the Germans on which Ghana's world cup hopes now hangs.

He was a second half substitute in Ghana's 1-2 loss against the United States on Monday but did not do enough to justify a place in the starting eleven against the Germans.

Ghana must beat Germany on Saturday in Fortaleza to stand any chance of going through to the second round stage of the world cup.