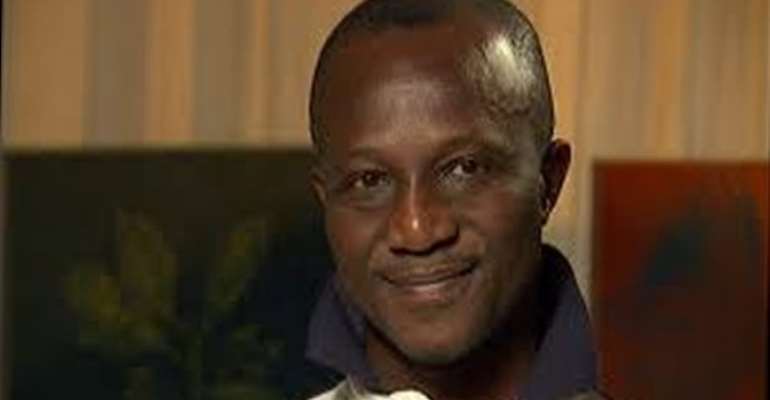 Dear Kwesi, I bring you greetings from “dumsoric” Accra, a complete departure from the bright sights of Miami. Camping there must be a team member's delight huh, I bet it is. You know, there's a part of me that slightly desires, just a teeny weeny bit, to be in your big shoes, but then the other part screams danger!! Yes, absolute danger!

How else could I describe events of the past week; events that have rocked fan confidence to the core! But Kwesi, like we say down here “I like your matter” and as Ghana prepares for the upcoming friendly versus South Korea at the Sun Life Stadium in Miami on June 9, 1900 GMT, I will like to review the events of the past week and offer you my unsolicited advice.

Kwesi, before we get to the Koreans, let's look back (Nkrumah isn't always right you know) and pick out the pitfalls from the Netherlands friendly and use that as a base to strategize for the big assignment at hand. Kwesi, wherever you are in Miami; be it on the training ground or just taking a hike along Ocean Drive, kindly pause for a minute and hear me out, it might do you a whole Florida of good. Now, what's that high sounding line again? Oh Yes! Let's cut to the chase!

The Holland “Joke-ly”
Well, well, well…so what? It's a play on the words joke and friendly but l am sure you get my drift; joke sums up the friendly international versus the Netherlands, especially from a Ghanaian perspective. Kwesi, do you know that last Saturday, I witnessed Ghanaian football passion assume another dimension.

I completely under estimated the interest average football fans had in the game. I was inundated with calls and messages enquiring about kick off time. But even that didn't prepare me for the queries during and after the game. Kwesi, the people of Ghana were livid and continue to ask questions. Why did you start with what was in essence, an experimental side? I have heard the wild theory that you didn't want spies to spy on your “A” team. Well, I think that is hogwash, complete balderdash, and I will not even entertain the thought.

But Kwesi, with all respect ooo, “s3bi taflats3” wouldn't it have been wiser to start with the “A” team; build chemistry and momentum ahead of the World Cup proper, considering that the Black Stars aren't the most cohesive of teams these days? I mean really, Kwesi, even teams with bigger pedigree found the need to field their big boys and tie their teams' loose ends in their friendly matches. The same Netherlands we played, fielded their starting 11, Brazil have done so, Germany and France too, but no, not that country south of the Sahara… hmm!

We haven't particularly seen the Black Stars play to a set pattern in recent times; this was a big opportunity to start our big boys and then fade them out in the second half with the fringe players who by the time they would have been introduced, would not have had the jitters and be reckless like Rashid Sumaila and co did. Kwesi, I know you have always suffered from the perception that you do not have a handle on the team, well, I think that's unfortunate, but events during and after the friendly didn't help matters.

We all saw the laxity on the bench; captain on the day, Michael Essien's back was nonchalantly turned towards the field while he engaged in idle chatter. Then we also saw players hesitate to warm up when Akaminko was to be replaced. Then there was the chopping of 3 players from the 26 man squad after the game; David Accam, Jeffrey Schlupp and injured Akaminko.

Their dropping seemed convenient and populist because really and truly, you should have called Kwabena Adusei from the standby list as a like for like replacement for Akaminko, unless Adusei's position as standby was just cosmetic. As for Schlupp, it was understandable because he didn't look the part, but it also raised concerns since his cut meant you were now going with only 6 defenders than the standard 8 to the World Cup; it seemed cutting Schlupp and Accam, who you didn't even offer 10 minutes “p3” to prove himself, would have raised little trouble, so you went with that easy route thus making the team mid heavy and lopsided with 11 midfielders (yes I am counting Kevin Prince Boateng as a midfielder, he's no striker). Hmm Kwesi, you know you are one of us, we would want to support you, but some of the decisions you took; before, during and after the Netherlands game “dier”, “ebi some way bi”. At this point, Nkrumah's voice grows louder in my big head, so maybe we should just look forward to the South Korean game. Shall we?

Pacific friendly
Well Kwesi, we can now put behind Netherlands and look forward to South Korea. Going into this friendly on Monday, June 9, I think I speak for many Ghanaians when I ask for some form of pacification. If you don't start with the “A” team or give us a semblance of the starting line-up…. Ok, that's sounding like a threat, none of such intentions though, but against South Korea, we would expect that you learnt from your mistakes in the Netherlands friendly and field the starting 11 especially the central defense pairing, I have repeated on different platforms that we need Michael Essien at the back for his leadership and organization; so pair him with John Boye or Jonathan Mensah; start Daniel Opare at right back and Harrison Afful at left back; we would expect that you would pair Afriyie Acquah and Kwadwo Asamoah in the heart of midfield with Andre Ayew on the left and try Abdul Majeed Waris, who is quite pacy, on the right wing with Asamoah Gyan to lead the line and Kevin Prince Boateng in the hole; we would expect to see some pattern, be it defensive play, counter attack, wing play; whatever play, we desire to see some identity against the Koreans and oh, with Adam Kwarasey carrying an injury, kindly share the goalkeeping duties between Fatau Dauda and Steven Adams in the 2 halves. We do not ask for much do we? Times are hard and most Ghanaians are looking for an escape through football. Our demands are fairly reasonable, satisfy us and we would rally behind you regardless of the score-line, but try another experiment and your “sins” will continue to rise like the Cedi to the Dollar!!!