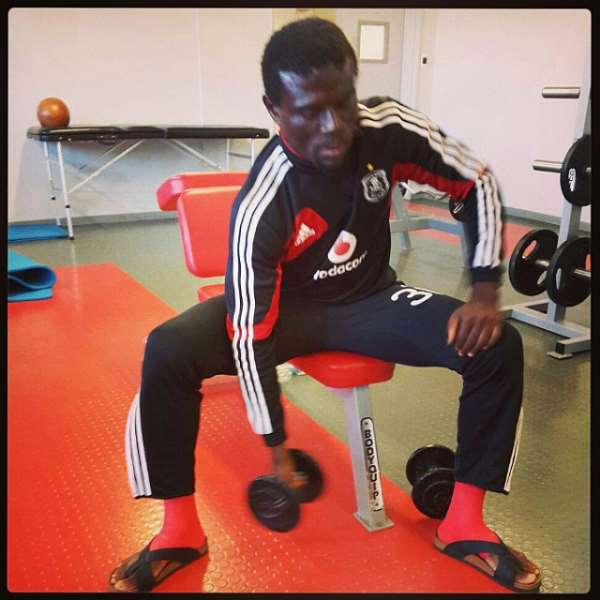 Black Stars goalkeeper Fatau Dauda has admitted that playing at this year's World Cup can turn his professional career around.

Fatau who was the first choice goalie for the Black Stars at the Nations Cup in South Africa is now facing stiff competition from goalkeepers Adam Kwaresey and Stephen Adams for the number one spot.

The former Ashanti Gold player says the World Cup can change his career.

“This is a big platform, if you want to play outside Ghana, big clubs this is the platform, you need to be happy as a player who knows it may be once in a lifetime,' said Dauda

“This can change my life totally in my career so I'm well prepared and I'm just praying to get the chance to start games at the World Cup and then I will show what I can do at the tournament.” Story by Ghana/Myjoyonline/Benedict Owusu